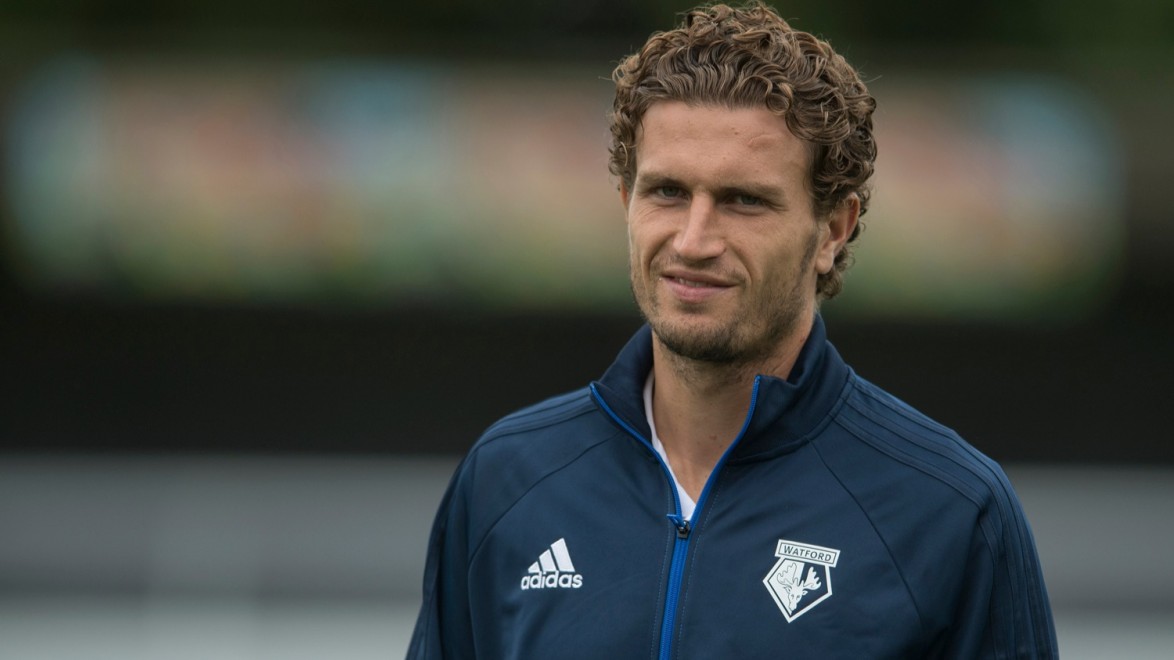 International players arrive at the club so thick and fast these days that some invariably fly under the radar. You almost take it for granted that one with a rich pedigree and a bundle of caps is going to walk through the door.

Take Daryl Janmaat for example. He didn’t quite get the fanfare he probably deserved when he arrived at the peak of his powers from Newcastle last summer. This is a guy, it is easy for forget, who played in the Dutch side who finished third at the last World Cup. Let that sink in: Watford have someone in their ranks who came within a penalty kick of appearing in the final of the greatest competition of them all. You’ve also got, in Roberto Pereyra, a player who played in a Champions League final. This is the heady level the club are now operating at.

And here was Janmaat sat, kicking back with his feet up, in the foyer of Sopwell House last week, chewing over that golden summer in Brazil while other guests of the leafy Hertfordshire hotel went about their business.

“It was a good story,” he says. “We finished third and that was definitely the highlight of my career. I am very proud of it. We did something nobody expected before. We did very well and it was a shame we didn’t make it to the final.”

They missed out because Ron Vlaar and Wesley Sneijder missed penalties against Argentina. Did Janmaat offer to take one? “I was number six or seven but it never got to me.”

He started the famous 5-1 win over Spain in the group stage.

“That was unbelievable. We were losing 1-0 and in the first-half they were better than us, but the second-half we completely destroyed them. We scored four more goals and that was the start of something big. It’s a shame we didn’t reach the final as we could have won it. Third place is not bad.” 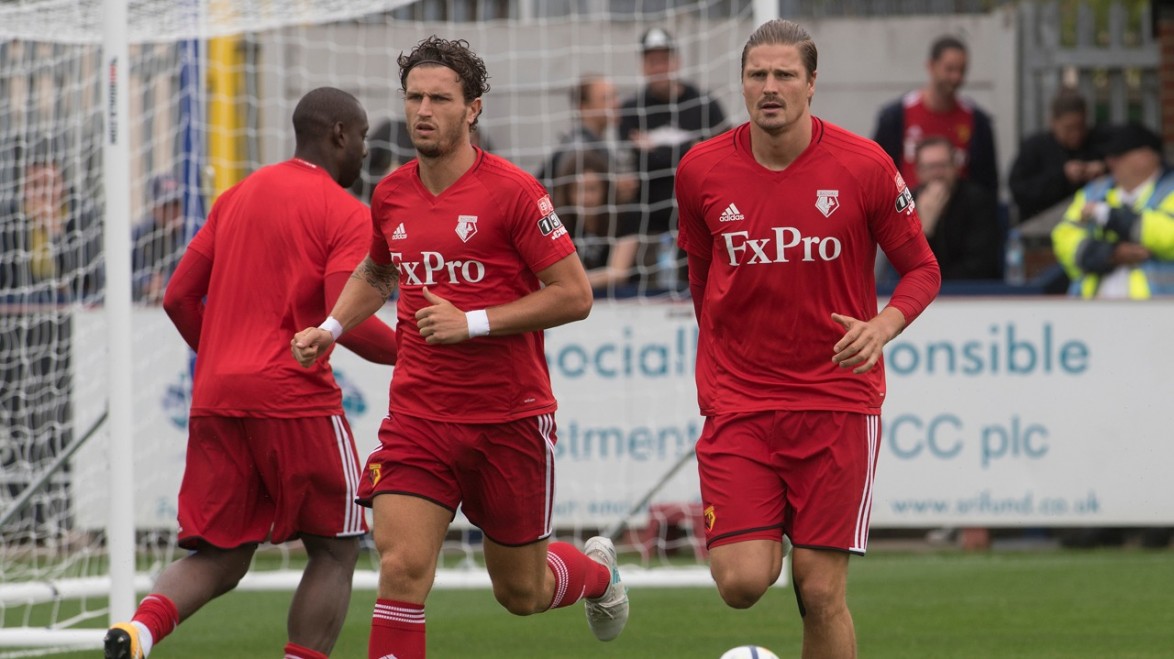 Janmaat’s buccaneering raids down the right earned him an assist in the win over Spain, another in the third-place win over Brazil and a multi-million pound move to Newcastle. It was a wrench to leave Feyenoord, though. This is the team Janmaat supports and the club he landed a dream return to after they initially released him as a schoolboy.

“I played there for eight years and it was my dream to become a professional footballer there. It looked like it was over. They told me I was too light.”

Undeterred, he put on some weight, resurrected his career first at Den Haag and then Heerenveen before Feyenoord realised the error of their ways and resigned him in 2012.

“They bought me back and that was really nice.”

They cashed in on the back of the World Cup though, selling him for £5m to Newcastle. It was a good career move but it meant uprooting his young family – Janmaat now has three children – from Rotterdam to the North East of England.

“Yes, it was hard to start with. We lived in Heerenveen for four years so we got used to being away from family but Newcastle was the first time we went to another country. The beginning was hard but we quite liked it there and had a good time. It was an honour to play there, they have a great stadium, great support.”

Two seasons later he was on the move again, this time to Vicarage Road. Newcastle’s relegation to the Championship meant Janmaat was allowed to jump ship and Watford got themselves to the front of the queue.

“They gave me a presentation and told me about the project,” says Janmaat. “I had offers abroad and other clubs in the Premier League but I was quite convinced about what Watford said. It’s a club with ambitions and hopefully we can do what the owner wants.” 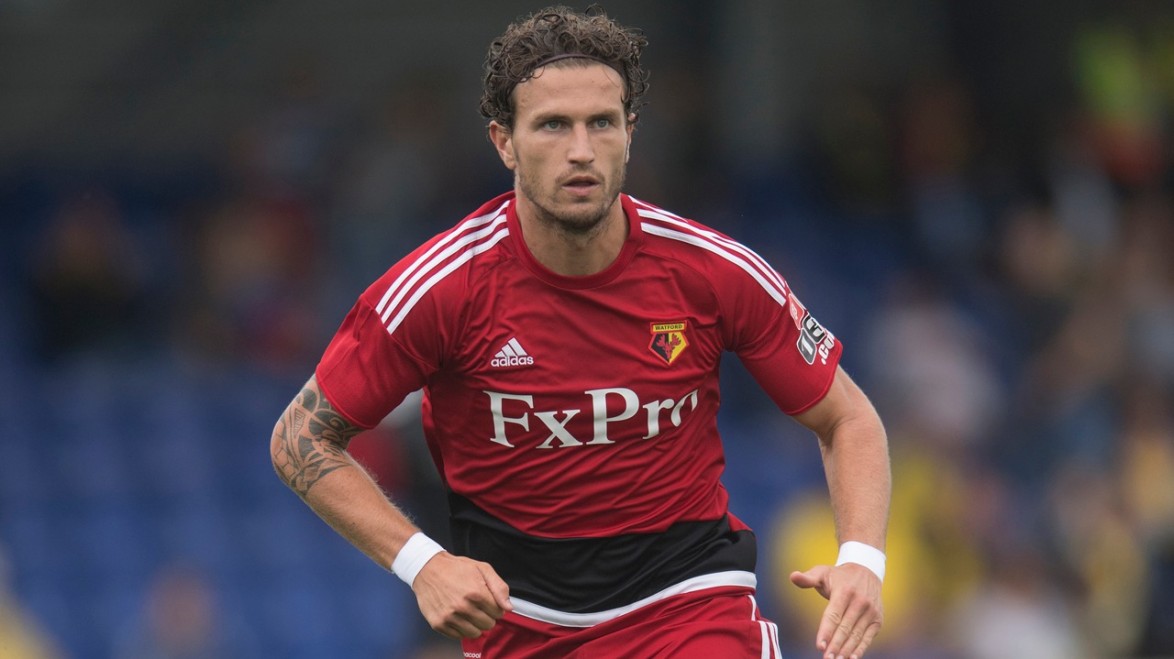 As a result, the Janmaats swapped the North East for North London.

“It was easier moving this time as I was used to living in England,” he says. “We found a nice house in Hampstead. It’s much busier in London than Newcastle but we come from a big city in Holland so we are used to that. We have settled well in London now.”

Injury meant Janmaat was denied the chance to initially show the Watford fans the sort of marauding runs he had displayed against them three times the previous season for Newcastle. First there was a fractured shoulder picked up against Manchester United in only his second game, and then there was the sickening clash of heads with Adrian Mariappa in training.

“We were both knocked out on the ground,” Janmaat says. “There was a big wound and they had to do something with the nerves and stitch it. That was a bit unlucky. I had to take two or three weeks' rest. I never had a season like last season. It’s just part of football.”

Picking up cards is also part of football so it’s surprising to note that someone as mild-mannered and softly spoken as Janmaat has been sent off four times in his career, twice at Newcastle and once each at Feyenoord and Heerenveen. “I've played football for 10 years now and only four red cards, so that’s not too bad.”

Fair point as Janmaat is not your typical tough-tackling full-back. He prefers going forward than defending. “I am a right-back but I can play wing-back – it depends what the manager wants. I do like to get forward but I don’t like to do too much talking, I like to do my talking on the pitch.”

He is confident Watford can walk the walk this season. “I believe in this squad,” he says. “The club wants to get bigger and better and I want to be a big part of that. There are five or six teams fighting for the title but we can be in the next group below that in mid-table. We’ve made some good signings and we must be confident.”