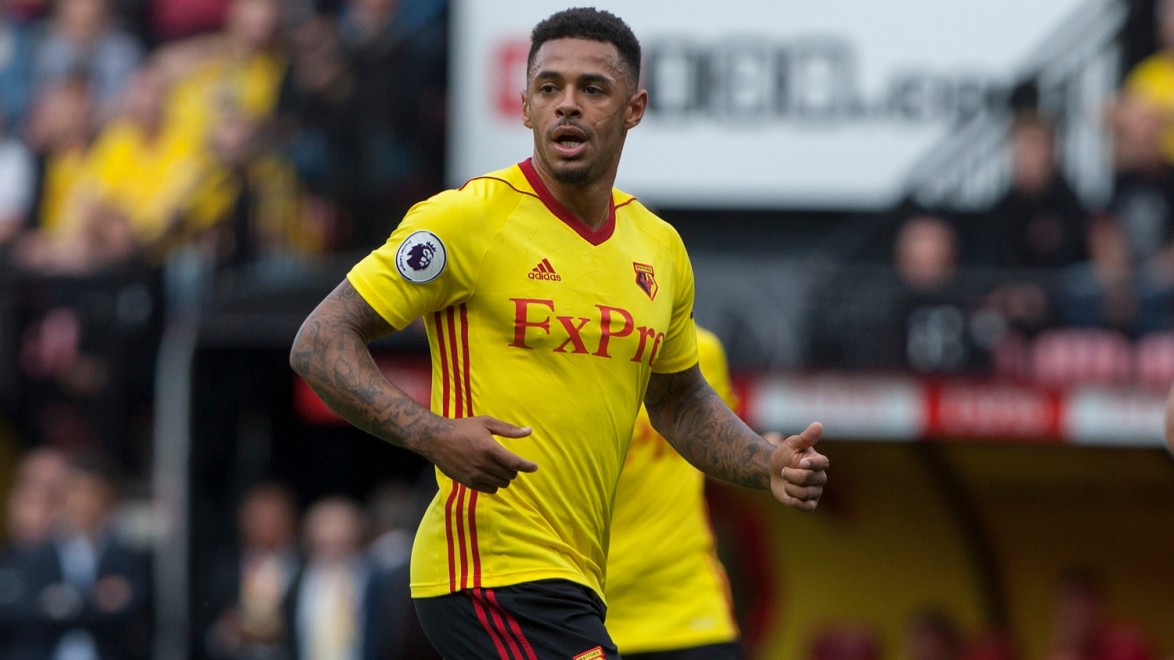 In the wake of the maiden match for The Graham Taylor Trophy, to mark the memory of the man who twice led Watford on a joyous ride through the divisions, it was entirely apposite that Watford should break their transfer record to sign a player who has been on a meteoric rise of his own through the league pyramid.

GT would have loved Andre Gray’s story, loved the fact that he cut his teeth in non-league with Hinckley and then Luton before being mined as something of a rough diamond by Brentford. His backstory means he’s grounded, insatiably hungry and in no danger of forgetting his roots, all touchstones GT used to admire in a player.

“I never dreamt of this [a club record move to Watford] happening when I was at Hinckley,” he said. “When I was there it was one step at a time to try and get into the Conference, then League Two, then League One and so on. I just tried to take those steps and set myself a goal of getting into the league above and then the league above that.”

Things escalated quickly for Gray. Such was his burgeoning potential that his career was fast-tracked: he skipped the natural progression from non-league to League Two and then to League One. Instead he was parachuted straight from the Conference into the helter-skelter world of the Championship with Brentford after being recruited by former Hornets' Academy coach Mark Warburton.

“Obviously, from the Conference I jumped quite quickly to the Championship,” says Gray. “To be totally honest, I thought it would take longer but I got a bit of luck with injuries to other players and I got thrown in at the deep end and I managed to come out of it in the end.”

He did a bit better than “come out of it in the end”. His combined haul of 45 goals in successive freewheeling Championship seasons for Brentford and Burnley saw him garlanded as the Championship Player of the Year and elevated to the land of milk and honey in the Premier League. Yet the tough days at Hinckley, where he rebuilt his career after rejection as a rough and ready teenager by Shrewsbury, are still vivid, providing him with a stark reminder of where he came from.

“I was on £200 a week at Hinckley,” he revealed. “I was living at my mum’s and that was the main part – I had a roof over my head. I was 18 or 19 so we were getting through life. Me and my mates were all in the same boat, although I was in a slightly better position because I had a wage. That’s how we grew up – having to survive. It didn’t seem too bad until you look back. Having to survive made me learn a lot. It’s a place I’ve never wanted to go back to – and hopefully I won’t have to now.”

Gray had all the tools as an unpolished teenager, lightning quick and an eye for goal, but the lightbulb moment came when his friend Amari Morgan-Smith left Ilkeston to join Luton in 2010.

“That made me see what was possible,” he said. “I was playing teams in that league and seeing players get moves. The first season [at Hinckley] I didn’t take it too seriously and then I realised what I wanted to do. I started going to the gym on my days off and doing things to try and be a step ahead of everyone.”

His big break came when Hinckley played Luton in the FA Trophy in 2012. “I was about to go to Tamworth at the time. That didn’t happen, then we played Luton and I did okay against them and they came for me the next day. The Luton situation came round at just the right time and I haven’t looked back.” 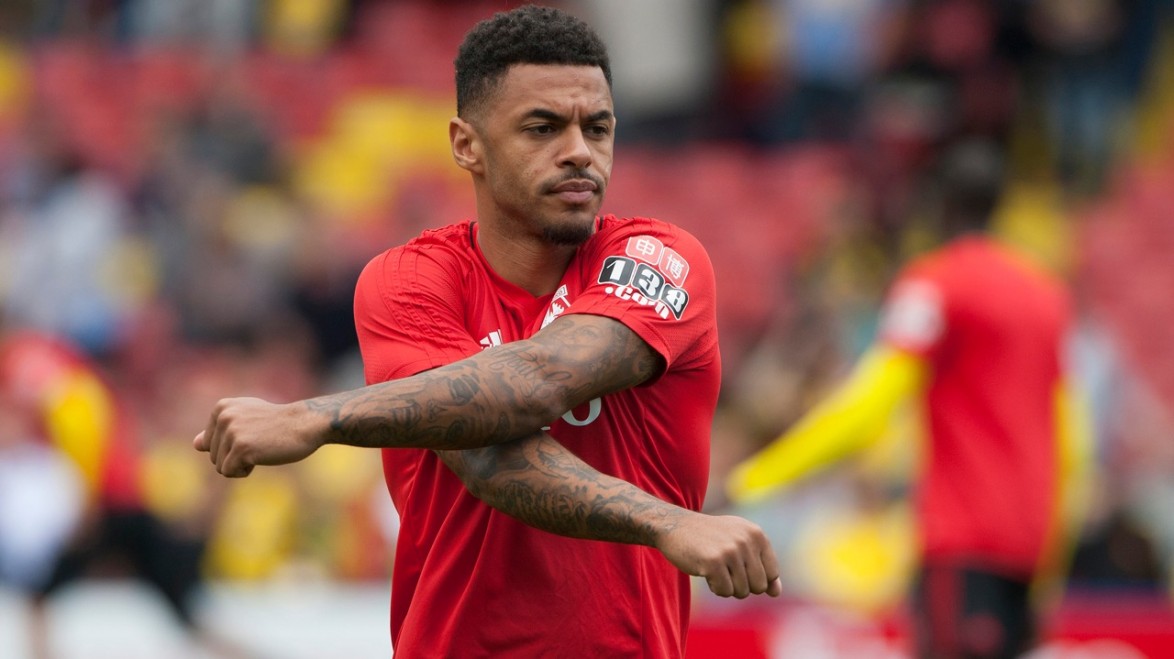 Indeed, he's barely had time to look in his rear view mirror. Gray’s Roy of the Rovers story is not to dissimilar to a certain quicksilver England striker at Leicester.

“I’d love to score the 25 goals Vardy did in a season and win the league as well, but every year I hope to get better and score more,” he says. “I’m still learning. I’m learning a lot. I’m still fairly raw and I still need to tweak certain things. Hopefully the better I become at those things, the more I can score.”

Belief is what propelled Gray through the English football league system. He and Vardy have become flagbearers for other aspirational non-league players and living proof there is life outside the professional game and the Academy system.

“I’ve advised young boys that I’ve spoken to at other clubs to go play in non-league on loan and learn your trade in men’s football,” he says. “I don’t think they learn as much in the Under-23 games and on the training pitch. Sometimes you just need that real game experience, even just the mentality of winning every week. Competitive football – that’s what’s driven me to be here now.

“I’m sure everyone has been to pre-season games where the Premier League teams are playing non-league teams and you can’t really notice too much of a difference. It shows that they can compete. It’s not as easy as it sounds. You’re going down four or five leagues but at the end of the day, if you’re good enough, you’ll go there and prove it. Then you’ll be back before you know it. If you can’t go on loan to a Championship, League One or League Two club then go to the Conference and prove yourself.

“As a striker, if you go to the Conference and score 20 or 30 goals then you’ll be back in League One or the Championship before you know it. The way I see it is you’ve got to prove it first. I had to. I left Shrewsbury and went down to Conference North to prove I could do it there before I stepped up.”

Watford now hope Gray can step up and spearhead their Premier League attack, sharing the goalscoring burden with Stefano Okaka and Troy Deeney.

“I enjoy scoring goals and hopefully I can score some here,” he said. “Every season I’ve managed to step up.”

Hasn’t he just. He got 20 in his first full season at Luton and 30 in his second. Brentford fans saw him rattle in 18 in his first season at Griffin Park and then he topped that at Burnley the following season with 23. He got nine, despite missing four games through suspension, in his maiden season in the Premier League and the record discussed above suggests double figures beckon this time round as he always does better once he's got a season in the division under his belt.

“I feel like I can build on that now, keep progressing in my career and my goalscoring record,” he says. “It’s not going to be easy. The Premier League is difficult but that’s what I’ve come here to do, and I believe I can do that.”

Watford believe he can do it as well, which is why they eclipsed the fee they paid for Roberto Pereyra to bring the striker to Vicarage Road in a club-record move.

“It’s a new challenge for me and an exciting time to be at a club that’s going places with an exciting manager,” said Gray. “I had a fantastic time at Burnley but I feel like I did my job there. When this move came around it was the right time to move on. Watford made me feel wanted and that means a lot to players when a club are really keen to get you.”

The deal for Gray was shrewdly thrashed out by Chairman and Chief Executive Officer Scott Duxbury, but the input of Head Coach Marco Silva was the clincher.

“A lot of moves come about sometimes because the directors want you and not the manager, or an agent doing what’s best for himself, but me coming here is what the manager wanted,” said Gray. “He wanted me. And obviously speaking to him, it’s obvious that he’s got a vision for me. I think he [Silva] did his research. I’m sure he watched games and watched clips. So I’m not just coming here off the back of someone who’s working upstairs, it’s the manager’s say-so, and that’s a huge part of it.”

Twenty six and on the rise, Gray is confident in his own ability but isn’t expecting to walk straight into the side. He had to be content with a place on the bench on Saturday as Silva opted to go with those he's worked with the longest during pre-season. “It’s down to me,” said Gray. “It’s competition like it would be anywhere. I’ve got to train well, work hard, and get myself into the team. However the manager wants to play, that’s down to him and it’s down to me to prove to him that I’m worthy of starting. Everywhere I’ve been I’ve wanted to succeed and every club I’ve been at, I’ve managed to do that.”

Watford finished a disappointing 17th last season but some eye-catching transfer business and the installation of Silva as Head Coach has seen expectations recalibrated. “I’ve come here to improve and to compete for things,” says Gray. “I haven’t come here to be relegated. We’re here to go to the very top. We’re not here to fight relegation. That’s not even crossed my mind.”

Neither has the transfer fee Watford paid to Burnley for his services. It's water off a duck's back. “The size of the fee doesn’t bother me too much. People questioned the fee when I signed for Burnley. People were asking how they’d paid £9m for a player in the Championship. The next thing we knew, we’d won the Championship and I was top scorer and Player of the Year in the league, so it’s nothing new that people raise their eyebrows but it’s part of our football.”

Gray will be repaying the transfer fee in instalments with each goal he rattles in. His burning desire to find the back of the net runs deep.

“If you ask any striker, if you’re going to win 6-0 on Saturday and I don’t score and I play the whole game, I’m not going to be happy. It’s bittersweet. That’s just the way a striker’s mind is. It’s the same with a goalkeeper or a defender – if we win 7-0 and in the last minute we concede a goal they come off the pitch unhappy. That’s the way it is. I wouldn’t say that’s a bad thing, it’s just a hunger to succeed and score.”

And that hunger stems from his days at Hinckley where he was just trying to keep his head above water. His career has had its fair share of bumps in the road but now, in full bloom, he's able to enjoy the fruits of his labour.

“I enjoy nice things like everyone does, I like going to nice places, I like buying myself things and looking after my family,” he says. “That was something I’d always dreamed of.”