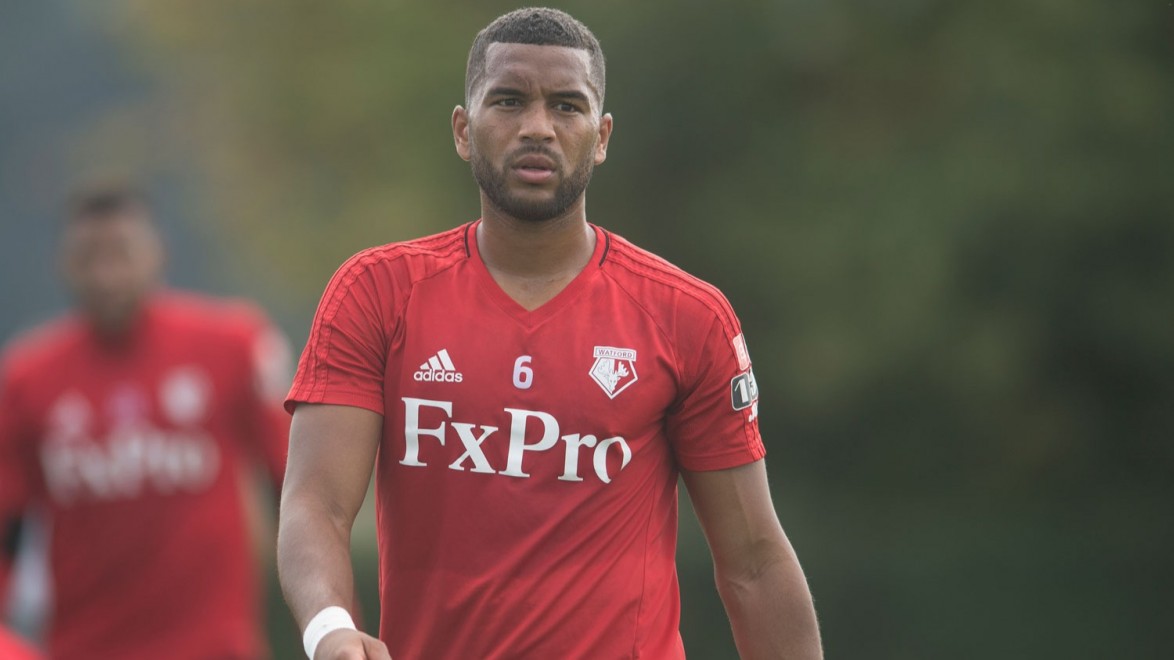 Adrian Mariappa has achieved plenty in his career when you think about it.

He's captained his country; skippered his boyhood club; played more than 100 Premier League games and will be able to tell the grandkids that he's played in an FA Cup final. That's a pretty impressive CV to boast at the age of 31. But he's learned to take nothing for granted. He knows just how close he came to not having a career at all. It was, he reveals, perilously close to being over before it all began.

"I didn’t get a scholarship," Mariappa said. "At the time I expected to get it but I didn't."

Mariappa was crestfallen but not alone. It was, if you remember, a scenario that befell Ashley Young just a year earlier but that didn't make it any easier for Mariappa to swallow. He was only 16. Perhaps it was part of some Machiavellian approach by the club at the time to give future internationals a kick up the backside, some sort of reality check. More likely is that some players just mature at a slower rate than others and that academy chiefs, like most of us in life, don't always get things right.

"I was growing at the time and I was all over the place," Mariappa said. "My co-ordination wasn’t there, my pace was gone and I was never the tallest. I didn't get a scholarship but I got given a non-contract, which meant I could still come in every day but I didn't get the £70 a week wages. It wasn’t about the money – it was about not being good enough to get a scholarship at the time."

Mariappa took the decision on the chin and his response was redolent of his approach to defending: tenacious, redoubtable and never-say-die.

"It was about what could I do to change that decision," said Mariappa. "I really took on the reasons why and I learnt so many lessons from that. In those two years I kept coming in and really knuckled down. That summer I joined a sprint club and did that for a good few years. I came in every single day to prove myself. Having that decision at 16 was a blessing in disguise and it taught me not to take anything for granted. You've got to come in every day and work hard. It’s what I’ve tried to do every day ever since."

It's worked a treat. He got a pro contract three years after being overlooked for a scholarship – "I was over the moon as I wasn't expecting anything this time round" – and has not looked back since. Only 37 players have played more times for the Golden Boys than Mariappa, and his run of 113 consecutive appearances is the fourth longest streak in the club's history. Mariappa has Watford in his bones, and his love for the club runs deep and has you feeling all warm inside.

"I’ve grown up at this club. I’ve been here since I was nine," he said. “Even when I played for other teams I always looked out for Watford’s result. I live next door to Watford fans. Even after my career has finished I’m pretty sure I’ll be coming down and watching games."

Indeed, Mariappa is such a dyed-in-the-wool Hornet that he was in the stands at one of Watford's most famous days.

"I was at the play-off final in '99," he said. "I was there with my mum and my brother and one of my mates. I remember it well. It was a brilliant experience. I remember the overhead kick [by Nick Wright] and those are memories you can carry around with you forever. I'm thankful that I can now create some memories for my kids." 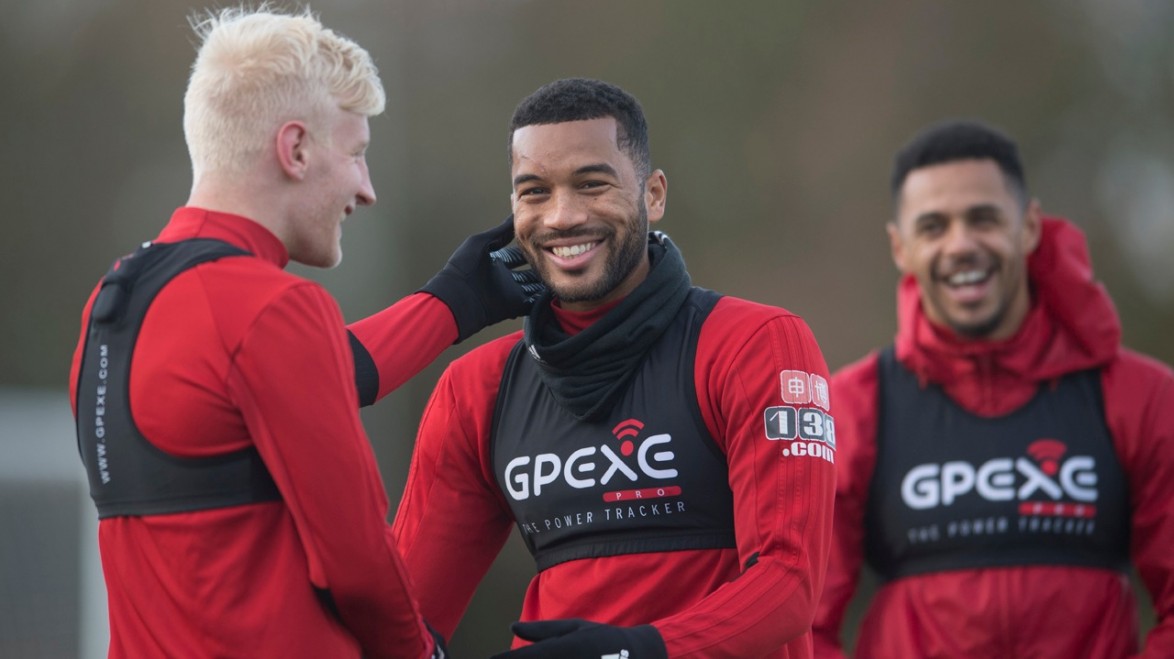 Mariappa has three daughters and a young son. "My youngest daughter loves football," he says. "She got the away kit recently and won't take it off."

They must have wondered what on earth daddy had been doing when he came back to their Watford home around this time last year with a nasty gash above his right eyebrow and a pronounced limp.

"Me and Daryl [Janmaat] went up for the same ball and managed to split each other’s head open," said Mariappa. "When I landed I managed to get a tear in my medial ligament. It wasn’t great."

You wouldn't mind but they were on the same team. Chaos ensued and it was like a scene from Holby City in the dressing room at the training ground.

"There were people rushing around," he said. "We both got rushed to hospital with nasty cuts. I got stitched up in the dressing room because it was flapping open. Other people were a bit more squeamish than me. I remember the doc's hand shaking as she was stitching me up, so I knew then it was a bad one."

Mariappa now has an impressive war wound on his forehead and a nice line in gallows humour.

"I can’t move my right eyebrow much now," he jokes, "but I wasn't going to have a modelling career so I wasn’t that worried about the cut. I was more concerned about my knee."

The knee problem kept him out until January, when he played in the ill-fated FA Cup tie at Millwall, but it took him until April until he got a sniff of league action, against West Brom. He helped the team preserve a clean sheet in that full-throttle game under the lights and got another in the next home game against Swansea. That, however, didn't make him immune from being harshly dropped for the trip to the KC Stadium for the game against Marco Silva's Hull. And we all know what happened on that wretched afternoon.

"I remember that one," Mariappa said. "We'd just come off the Swansea win and getting a clean sheet. I was happy and performed well and the manager decided to take me out the team. That’s his decision but, as a player, it’s not nice as you just want to play, especially when you deserve to play. I respected his decision and just cracked on with training. You can’t sulk as it doesn’t get you closer to playing. I just got my head down and tried to prove that I should be in the team."

It's a maxim that continues to serve Mariappa well, one that chimes with Marco Silva. The Head Coach's touchstones are based around hard work.

"The gaffer gave me the opportunity this season and, thankfully, I’ve stayed in the team and put a run together. You can't predict things or get ahead of yourself. All you can do is train hard and show the manager that you deserve to be in the team."

And boy has he done that, particularly away at Swansea. He had Wilfried Bony in his pocket, regularly outjumping the Ivorian and then producing the goal-saving tackle of all goal-saving tackles to deny Tammy Abraham. It was the centre-piece of a towering performance.

"It was a good block and I was glad to contribute something to that game," said Mariappa with typical understatement.

He was just as good against West Ham, showing off his prodigious leap to outgun the giant Andy Carroll in the air and then when he did make a mistake, against Manchester United, he recovered to block Lukaku's goal-bound effort. Richarlison, Kiko Femenía and Abdoulaye Doucourè have been the talk of the town but Mariappa has been impressively going about his business with minimal fuss. He can rarely have played better in his career than he is right now, especially when you factor in the calibre of opposition.

"I think I’ve been in good form this season," he said. "The manager demands high standards in training every day and the squad improves as a result. When you are training against our forward line then you are very prepared for who you come up against. I just love defending. I love tacking, blocking and heading the ball, I’m a bit old-school. I like spoiling attacks and not letting a striker getting their way. I take real pride in that and really enjoy it." 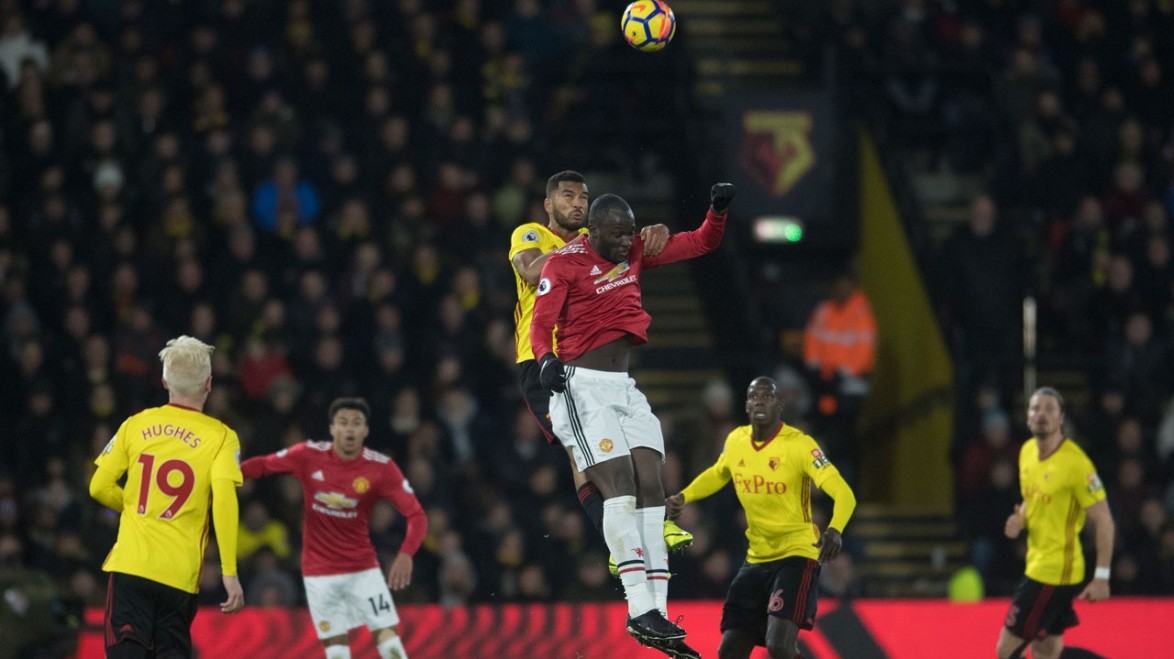 "It’s something I’ve always needed to have anyway from playing as a centre-half," he said. "When I was here playing in the youth team I had to be vocal. I was captain back then and then when I got into the first-team Malky Mackay was always on my case about it. You can see the whole game from your position so it’s important to talk to people and organise where you can."

He's now passing on his tricks of the trade to Charlie Rowan, Joy Mukena, Connor Stevens and Max Ryan, just like Jay DeMerit, Clarke Carlisle and room-mate Danny Shittu used to do with him.

"I don’t know about being a mentor but I try to give them advice where I can, little things they can improve on," he says. "When I was their age I had older pros in the first-team who were very, very good centre-halves who did the same with me. I know how much I benefited from it. It’s stuff I still remember today. I don’t bark on at them too much as they are still young and still learning."

He displays all the traits of a captain, an honour bestowed on him by Mackay.

"I still remember it now," he said. "We played home to Barnsley. He gave me the armband and I didn’t expect it. I've still got it now and a big picture of me walking out on the pitch. I thought John Eustace would get it as he was such an experienced player. It was an extremely proud moment and something I’m still proud of."

It sticks in his mind just like his debut, against Notts County in a League Cup game in 2005.

"I played left-back and didn’t have a great game, if I’m honest. I was on the bench a few games after that and I remember coming on against Leeds and QPR away in the centre of midfield. I was loving it. I was training with the first-team every day and getting beat up by Darius and Kingy. That was kind of like an extended scholarship. It was the best thing that could have happened to me as by the time I made my full league debut, I was ready after training against those boys."

Mariappa has had his fair share of tussles with Troy Deeney on the training field over the years. They have developed a close bond since Deeney rocked up, rough and ready, from Walsall.

"Yeah, we are close,” Mariappa said. “I've known Troy for a long time now and even when I left [to go to Reading and then Crystal Palace] we kept in touch. Troy is Troy. Anyone who knows him knows it’s such non-stop banter."

The laughter stopped and things got serious, though, when Deeney was sent to prison. He needed his friends to rally round him and Mariappa, more than anyone, stepped up, lending the Deeney family money so they were taken care of.

“He was going through a tough time,” recalls Mariappa. “I used to write to him and spoke to him a few times. He asked me to do something and I did it as I’m sure he would have done the same for me. It’s what you do for someone you care about."

And that just about sums Mariappa up. You’d have to go a long way to find anyone with a bad word to say about him.