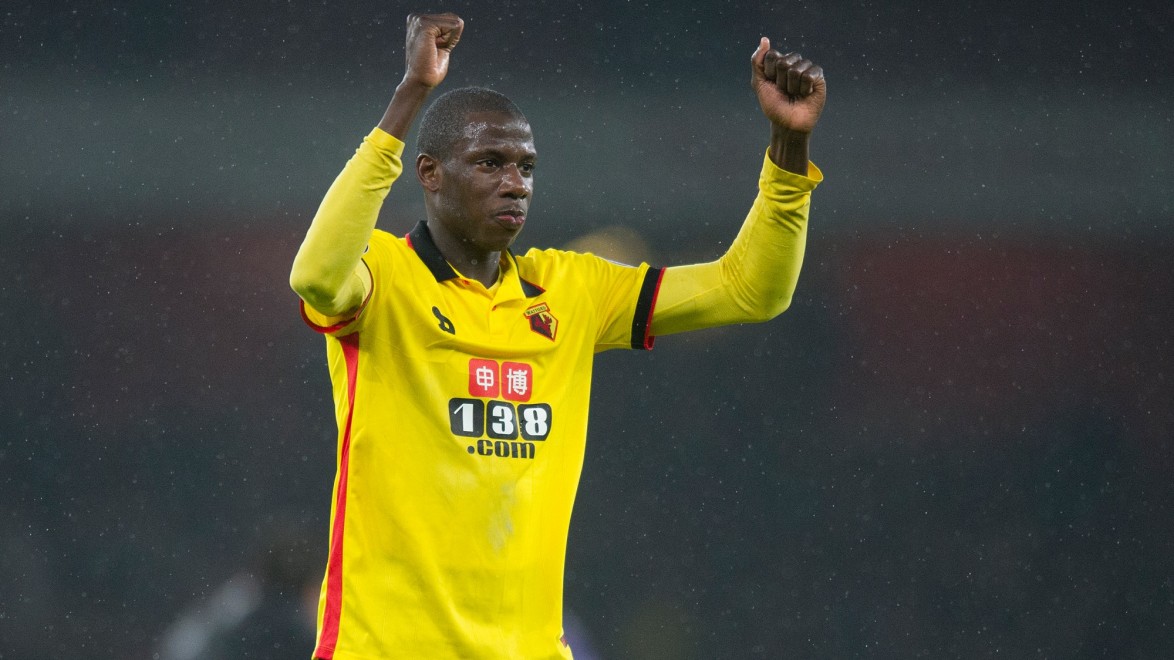 We all know Abdoulaye Doucouré was close to joining Lorient at the end of the summer transfer window, but did you know just how close?

“The paperwork was late by 33 seconds,” reveals Doucouré.

“It was crazy. I was on the tarmac at Luton and was about to go on the private jet to sign the papers at Lorient and my agent called me and told me to stay here, that the deal was off.”

We've all had that sinking feeling when a flight is cancelled or delayed but Doucoure had never been so pleased to be grounded.

“I was not disappointed as I did not want to go,” he said.

“I wanted to stay and fight for my place. My dream is England and I want to stay here.”

He had to be patient – his first league start didn't come until New Year's Day against Tottenham – but his exemplary attitude in training and low maintenance profile eventually paid off.

“At the beginning of the season I wasn't in the squad,” he said.

“The manager didn't like my play too much and he has a lot of players. I always wanted to play. I have been passionate all the time and I have been training good. Training is important as you have to be ready for the game, ready when you are called.”

And boy has he been ready. He played well when out of position in awkward back-to-back games against Spurs and Stoke around the turn of the year, but gradually drifted towards a more favoured central position as Walter Mazzarri trusted him more.

“I didn't start in my position,” he said.

“I played right winger. I prefer box-to-box, this is my first position but I am happy with holding midfield. I get to touch the ball a lot and I can go deep and start the play.” 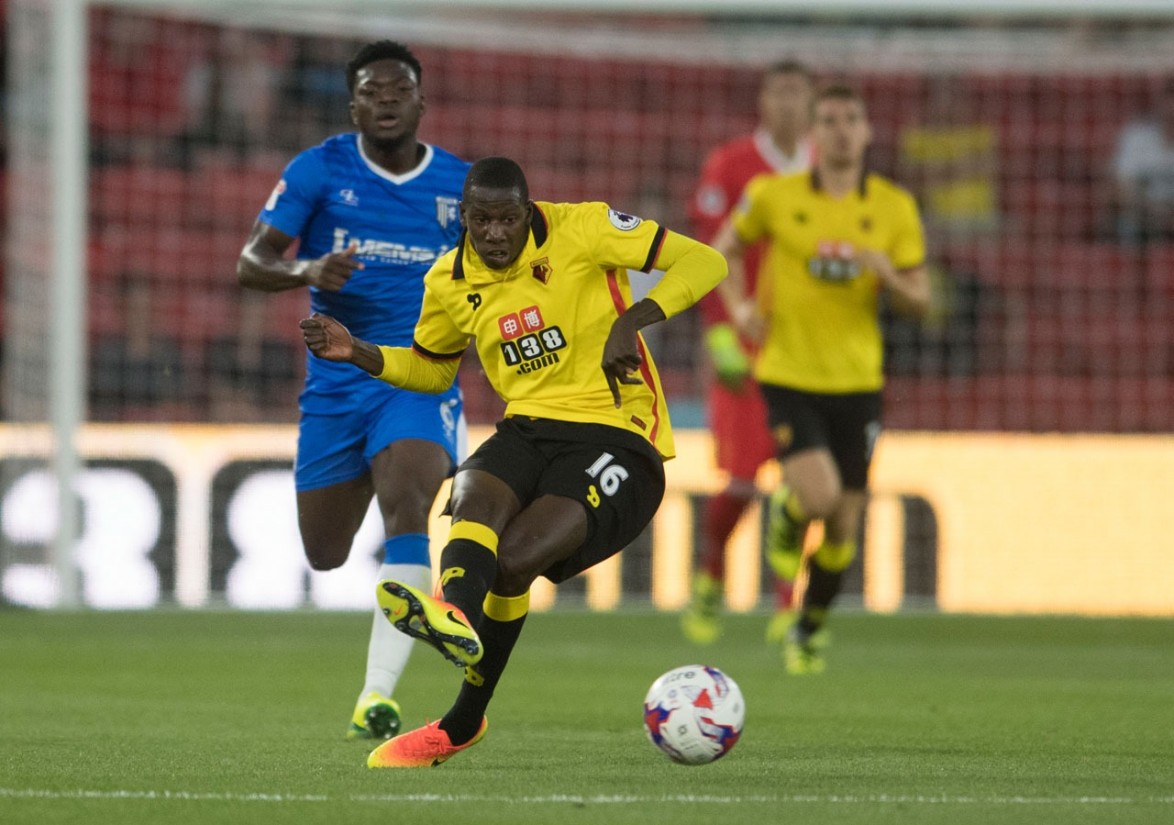 Doucouré has quickly become the fulcrum of the midfield, dropping deep to pick up possession off the back four, switching play from side to side, recycling possession and launching attacks.

He also breaks up the play and does his fair share of defensive work. The way he tracked back to snuff out Gylfi Sigurdsson late on against Swansea recently was testament to his fitness levels.

“I loved athletics when I was young,” says Doucouré.

“I was a runner. I did some sprinting but I love the long distance, I like cross country. I did that at school and won all the cross-country races. I won big events and lots of titles for my school.”

He has the physique of a middle-distance runner and looks like he could run all day. His athleticism was one element of his game that caught the eye of the France youth international selectors. He was capped from the Under-17s all the way up to the 21s.

“I played with Pogba, Kondogbia, Sanogo and Varane," he says of the company he was keeping.

“It was a very good generation. I improved a lot.”

He still keeps in touch with members of that golden generation.

“Pogba is still my friend now. I speak to him and when we went to Manchester he gave me his shirt. We speak on the telephone. He's a nice guy. I have some contact with Kondogbia.”

He's not given up hope of joining his friends in the full national team.

“I think if I have a good season maybe I can have a chance with the national team,” he says.

He's known M'Baye Niang for even longer than Pogba and Co.

“I know him a long time. We grew up in the same town. We know each other's family and we have the same friends.

“I am happy to play with him again. We played together at school and then I played against him when he went to Caen and I played for Rennes. He is very good.” 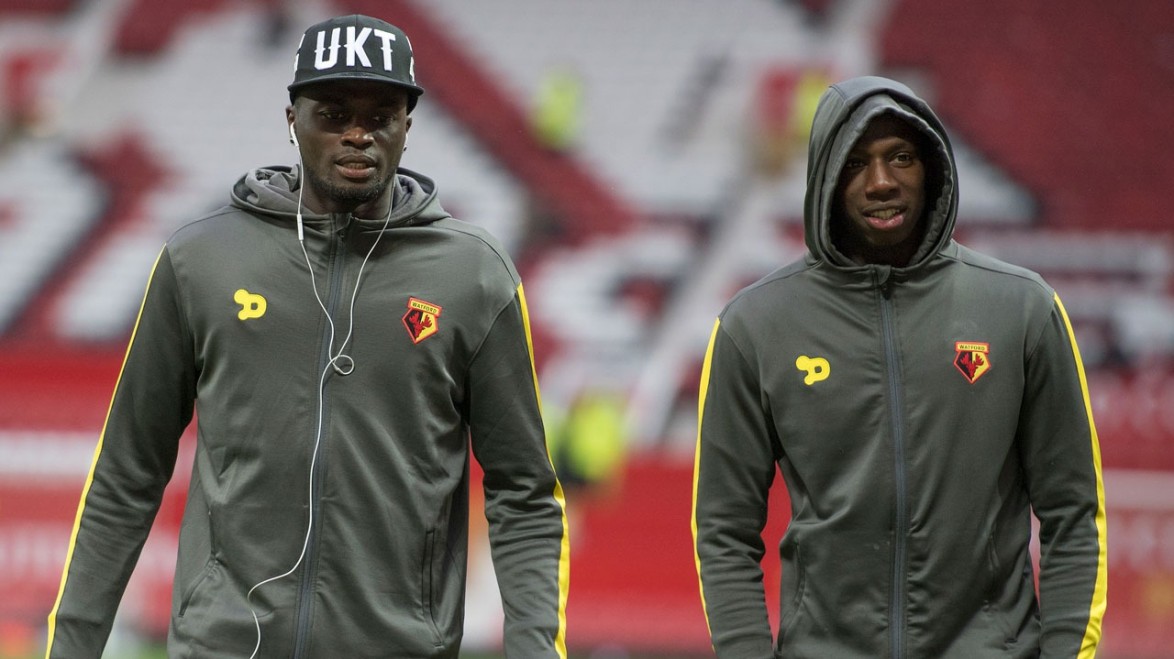 Doucouré, or just 'Doucs' to his Watford teammates, cut his teeth at Rennes, breaking into the team as a leggy 19-year-old and scoring on his debut against Stade Brest.

“Of course I remember the goal,” he says. “I shot with my left foot.”

Rennes still holds a special place in the heart of the 24-year-old. "I have a lot of respect for Rennes as my football was born there. I love Rennes.”

He moved there, from the family home just west of Paris, as a teenager.

“I moved one hour and 40 minutes away from my family,” he says.

“It was difficult at the beginning but I made a lot of friends.”

The move to Watford was even harder and it took two attempts before the Hornets eventually landed him.

“Watford wanted to sign me in the August [2015] but I didn't want to come as my wife was pregnant,” he says.

“I was not ready to come here. When they came back in January I said 'yes, now is the time'. Gino Pozzo invited me to the training ground, to the stadium and made me feel very special.”

In between times there was a half season spell in Spain with Granada. His first game was against Real Madrid and his last was against Barcelona.

“It was good to help the team stay in the first division,” he says.

“It was a great experience. Against Madrid, Modric was the best player on the pitch. Against Barcelona it was Iniesta. I love him. He does thing so simple.

“This year it is difficult to see them in trouble.”

Things are now much simpler for Doucoure. His wife and 16-month-old daughter are now settled in Hemel Hempstead.

“My wife speaks English and we have a very good life here. The people of England are very nice and I want to stay here a long time.”

Doucoure, the eldest of three brothers, named his daughter Benta after his mother, emphasising just how close-knit his family is.

“I send money to my uncles,” he says.

“I have a lot of family in Africa and I am very happy to do this when they need it for medicine or for hospital.

“We are footballers and we earn a lot of money so it is good to be able to help. My family is very important for me.”

A family man at a family club.