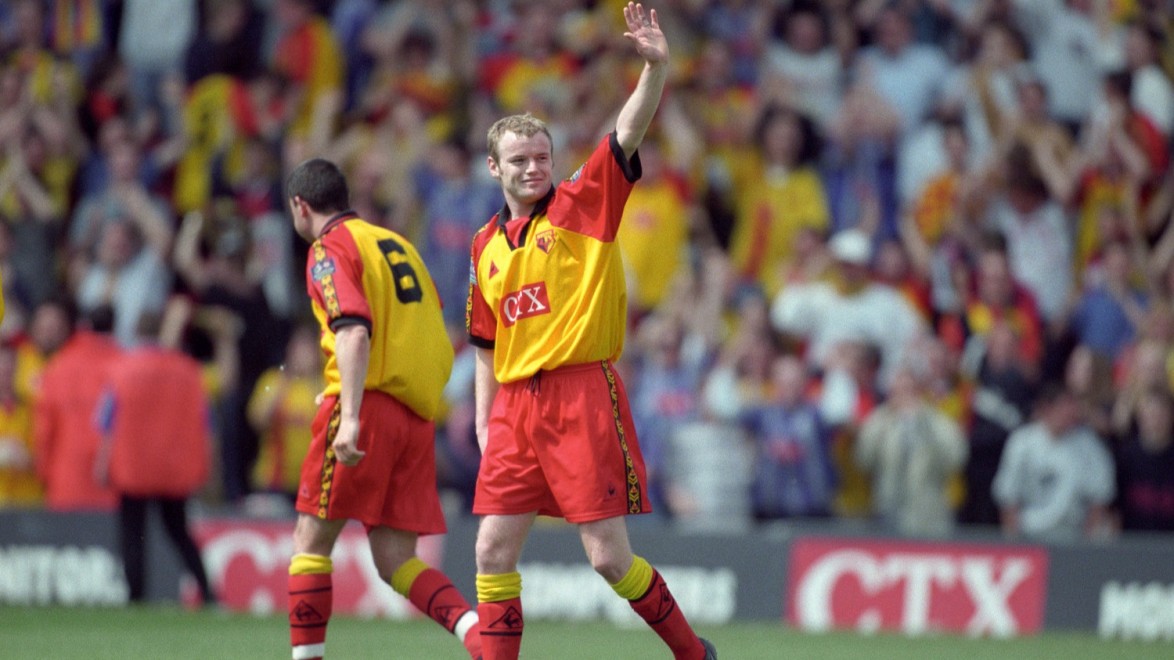 Nobody played more games for Watford in the 1998/99 season than Peter Kennedy.

He played a whopping 52 times (Steven Gerrard only played 42 games the season Liverpool won the Champions League) and Kennedy only missed 46 of the 4,680 minutes the Hornets played that season, being granted off the last minute of the cup draw at home to Cambridge United and the second half of the defeat to Swindon in March. That was it.

There was no squad rotation over Christmas – the Hornets played four times in 14 days – and no resting of the big guns for the cup games. He could easily have cried off when called up by Northern Ireland in March to face Germany, but he played then too. It was an impressive feat of durability. It was no wonder he started to feel the odd ache in the dying embers of the play-off final win over Bolton Wanderers, though.

“Not too many people know this, but I was really struggling with my knee,” said Kennedy. “I knew I needed an op because there was a nick in the cartilage. I just got through it, but I remember when Smarty smashed in the second, I ran to the left, started jumping and my knee went. I thought, ‘Oh god, here we go.’ I managed to hang on and went for operation two days afterwards.” 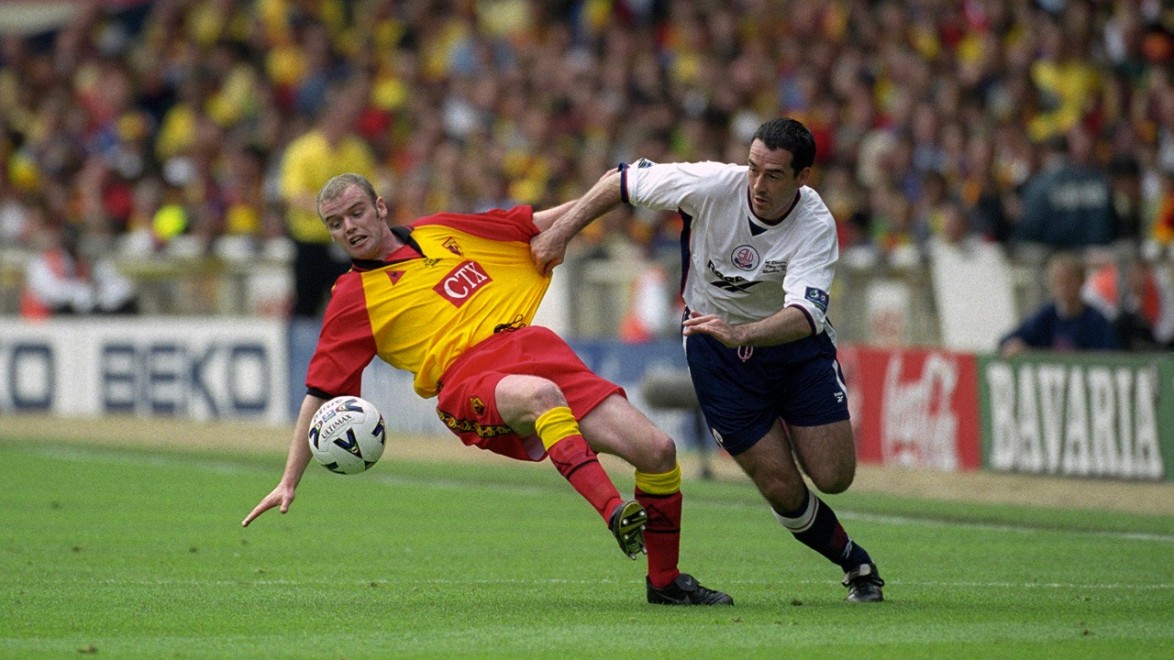 It was Kennedy's right knee that need repairing, but it was a couple of strokes of his wand of a left foot that proved so decisive in the final. He swung over the corner that Nick Wright acrobatically converted for the first and then he played an inviting pass for Allan Smart to ram in the second.

“It's no secret that I've got a decent left foot and the idea for the first was just to hit an area, like the one Michel Ngonge scored from in the first leg against Birmingham,” said Kennedy. “We had a few routines from corners, a few blocks, which were very good and we were very dangerous from set-pieces. But I can't take any credit for what Nick did. What a goal.”

The second from Smart wasn’t bad either. Kennedy again claimed the assist, receiving a pass from Micah Hyde, surging forward after an assured first touch and then picking out the supporting run of Smart with a pass of immaculate weight and timing. Smart didn’t need to break stride before slamming it in with the outside of his right foot.

“I got the pass off Micah and thought, ‘Why don’t I have a go myself’, but I would never have made it. I saw Smarty on the right, out the corner of my eye, and I was lucky enough to find it. It was a great finish.”

Kennedy felt the goal summed up the difference between the two sides. “Smarty won the tackle that led to the goal and we broke,” said Kennedy. “It showed how we were just fitter than them. We knew at that stage that they were tiring and if anyone was going to score, it was going to be us. Our staff deserve a lot of credit for our preparation as we were much fitter and much calmer than them.”

Graham Taylor, Kenny Jackett, Luther Blissett and Ciaran Cosgrave got the team into such a good place both physically and mentally that the players just knew it was going to be their day. They knew Bolton, despite all their stellar names, were not going to get the better of them on the glorious day in May.

“It’s hard to explain the feeling we had,” said Kennedy. “Going up the tunnel, I had a ball in my hand and I just wasn’t nervous. I was looking at them and without being arrogant or billy big balls, I knew that it was going to be our day. I’ve looked at the highlights a few times and Alec (Chamberlain) does very well in the first half. They were a good team – just think of the players they had, the experience they had – but we rode our luck a wee bit.”

Kennedy had his mum, his two brothers and half a dozen mates in the crowd at Wembley, but there was one glaring absentee.

“Unfortunately my father wasn’t there,” lamented Kennedy. “He passed away from cancer. He was only 53. It’s sad and unfortunate he wasn’t there, but that’s just the way it is sometimes. That’s life. It was great he got to see me go to England and live my dream.” 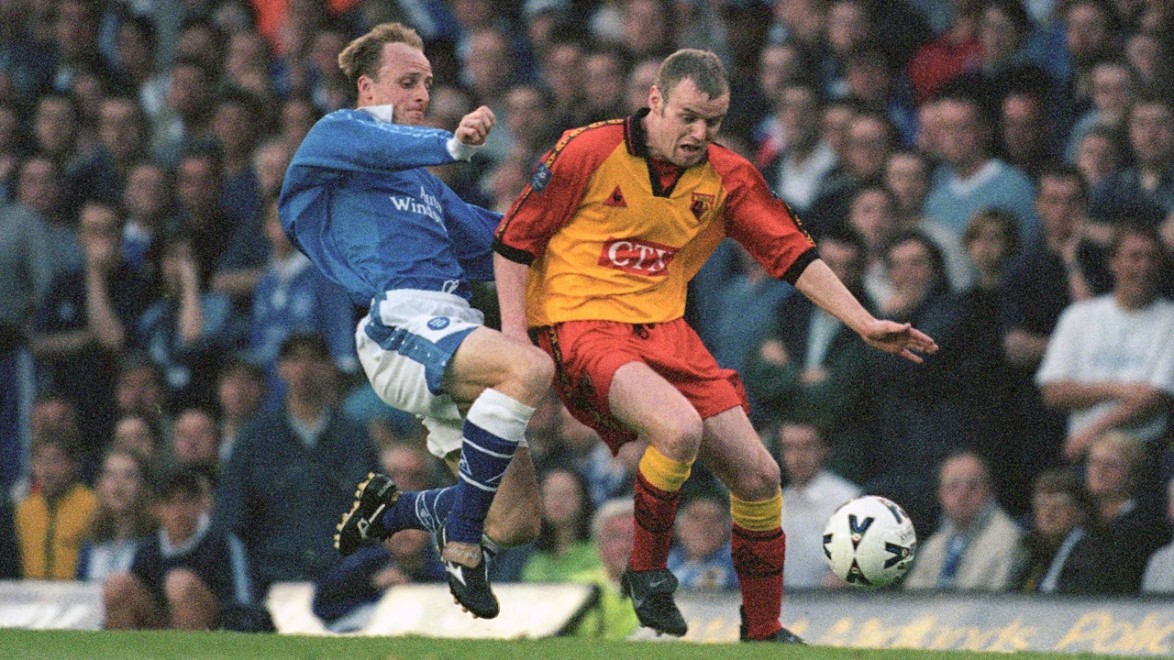 Kennedy arrived in England to play for Notts County in 1996, but after he fell out of favour with Sam Allardyce, it was Graham Taylor who really brought the dream to life by bringing him to Watford for £300,000 on the recommendation of Gerry Armstrong. Kennedy won promotion in his first season in that memorable campaign that culminated in the glorious day out at Fulham and then, incredibly, did it again. He feels, like most, it was all down to one man.

“Would we have done what we did with any other manager? Probably not,” said Kennedy. “Kenny, Luther, Ciaran, the physios did really well, but Graham’s man-management was just brilliant. He knew how to treat everybody and he really looked after me. He backed me, he did me favours and was just a great man. I was very sad to hear about his death.”

GT had a knack for spotting a player to fit seamlessly into his system and a knack for a partnership, whether it be Ross Jenkins and Luther Blissett, David Bardsley and Nigel Callaghan, Micah Hyde and Richard Johnson, Robert Page and Steve Palmer or Peter Kennedy and Paul Robinson.

“I was living on the Reeds estate at the time and Robbo was living in Sotherton Road,” Kennedy said. “I wasn't driving then and he used to pick me up and we'd often go for lunch after training. I was 25 and he was 20, but he was more like the senior pro. We just knew each other’s game. I had a defensive side to me and whenever he pushed on, I sat back. Without blowing smoke up our backsides, most teams playing against us knew that if they did get past me, then then they weren't going to get past him. Paul went on to have a very, very good career and we knew he would as he was so solid.” 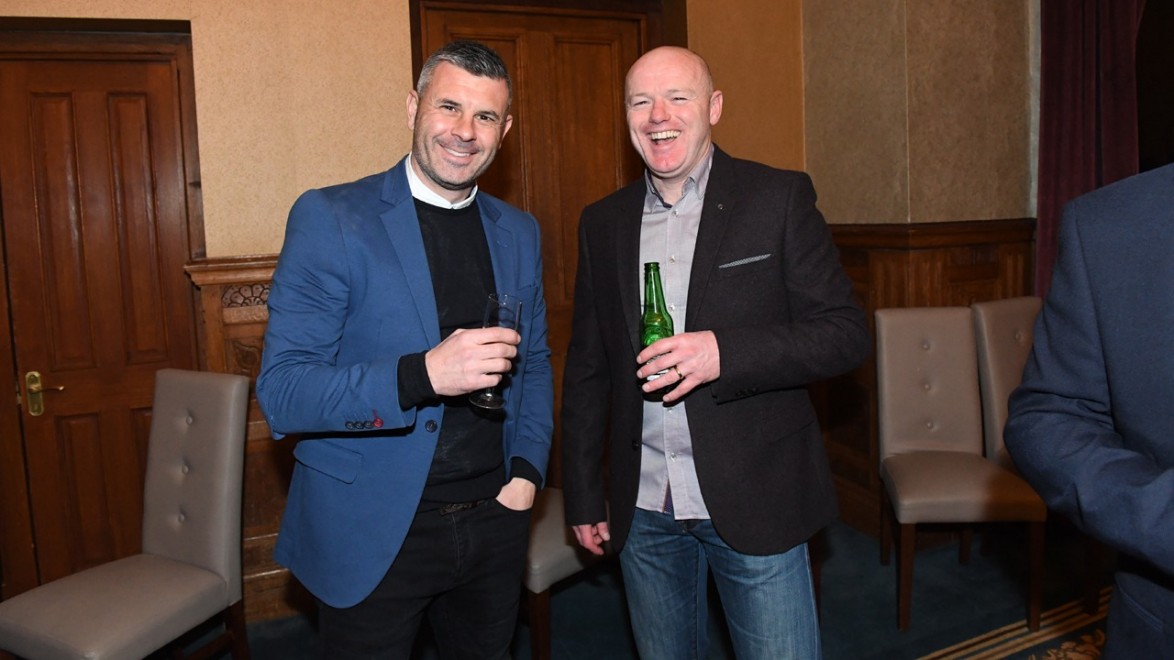 Kennedy was sat on the same table as Robinson when the players got together for a reunion just before Christmas.

“It was so great to see everybody,” said Kennedy. “It will probably never happen again. I'd been in contact with Richard and with Paul but that was about it really. Some of the lads I hadn't seen in 18 or 19 years. For Darren Bazeley to come back from New Zealand was amazing and it was great to see Alon (Hazan) and Ronnie (Rosenthal) again.

“Everybody spoke so well on the night and you could tell it came from the heart. Everybody played their part that season. There were no egos and we all looked after each other. I'm very proud to look back on that part of my career. They were great times for the team and definitely the best two years of my career.

“It was always my boyhood dream to go and play at Wembley. Alright, it wasn't an FA Cup final but there were still 80,000 there and I can still turn around and say I came from a place just outside Belfast and played at Wembley in a play-off final. Not only that, we won it, too. I've only got a few photos in an envelope from the day, but they are always nice to get out now and then and look back on.”