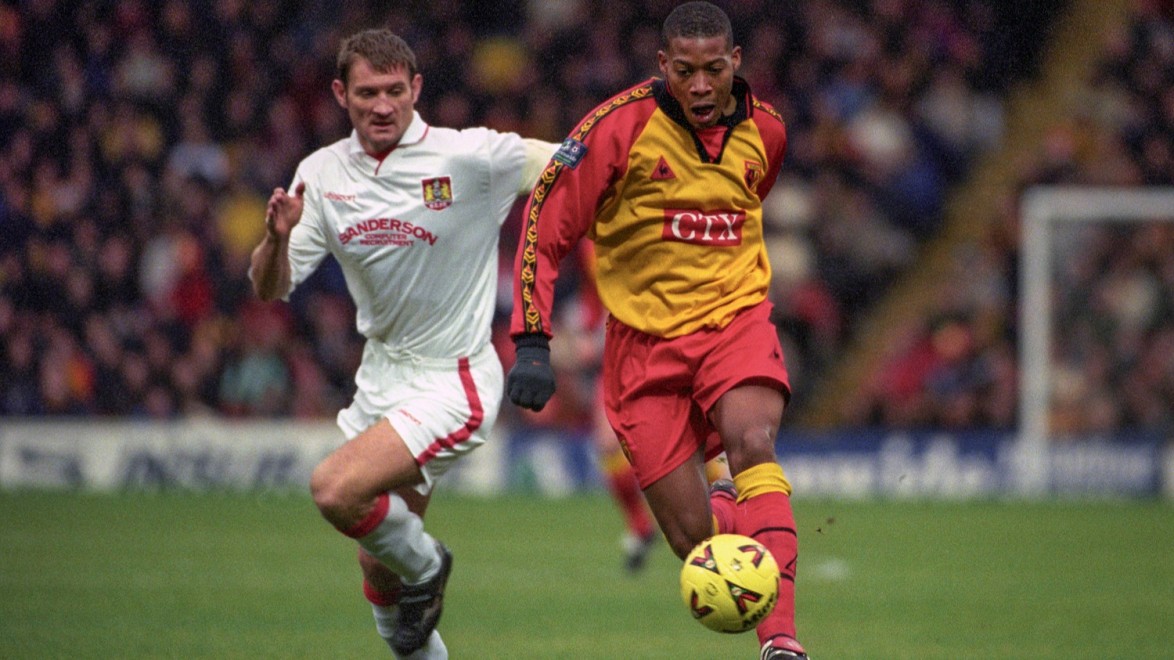 Micah Hyde played youth football alongside David Beckham, played in World Cup qualifiers and strutted his stuff in the Premier League. Yet the 1998/99 campaign will always represent the high point of his career. It will always trump the rest for two reasons.

“We got promoted at Wembley and my son was born,” said Hyde. Tyrique Hyde was born on April 8, 1999 and Micah marked his arrival two days later with his first goal of the season, a screamer against Bolton at Vicarage Road. Ian Grant, writing for the Blind, Stupid And Desperate website, described it as a ‘gem of a goal’. It was ‘absolute perfection’, he wrote.

“Hyde picked up a loose ball 20 yards out, surrounded by opponents. And he didn't hesitate, flicking a shot with almost casual grace that arrowed its way into the top corner.” It might have won Goal of the Season in any other campaign but then Nick Wright went and did what he did at Wembley. “We did the rocking the baby celebration,” said Hyde. “I didn't score many so it wasn't as if we could plan for it. We just did it off the cuff.”

Hyde got one in the next home game, too. He doesn't remember much about that one against Crystal Palace but, for the record, it was not a thing of beauty. “A low ball through the six-yard box...whether by goalkeeping error or defensive deflection, went all the way through and into the bottom corner,” wrote Grant.

Hyde only scored two goals in 50 appearances that season. He really should have got more for a player of his prodigious ability. His goal return was perhaps a reason why he was only eighth in the pecking order when it came to the penalty kicks at St Andrew's. Nigel Gibbs was due to step up after Hyde and he's on record as saying that Hyde ‘was so nervous. He wasn't looking the best so that didn't fill me with confidence’.

“I was up for taking one, but I'm glad I didn't,” said Hyde. “I would have gone across my body and gone bottom left, but perhaps nerves got the better of me that night.” Rather than seek the glory of goals and assists, Hyde was content to take a backseat and build attacks from deep.

“I played in a deeper, creative role,” said Hyde. “Perhaps the one regret was that I didn't play more box-to-box. Instead I sat back a bit and admired passes I was playing for other people.”

Hyde didn't immediately strike you as a GT sort of player, but the greatest manager in the club's history showed he could get the best out of technicians as well as terriers.

“He was like a father figure to me,” said Hyde. “He was fantastic. He suited me down to the ground and just tried to get me to make better decisions. He allowed me to express myself and never once asked me to lump it or just hoof it. Those who just said he was a long ball manager were very harsh. I played under John Beck at Cambridge and that was long ball. Graham wanted the ball in the final third and understood how to win football matches.”

“I'd never met him before I came to Watford but we got on so well on and off the pitch, probably a bit too well off the pitch once or twice. I still speak to him now. When I first signed I had the option to wear number 10 or number eight and I didn't think I could carry off wearing the number 10 as that tends to be a bit of a luxury player, so I wore eight. But in the end, I should have worn 10 and Johnno the eight as I had the guile and he had the power. When I came I think he'd had a few injuries and I'm not sure the fans were having him, but I think I helped him kick on and we got the balance right.” 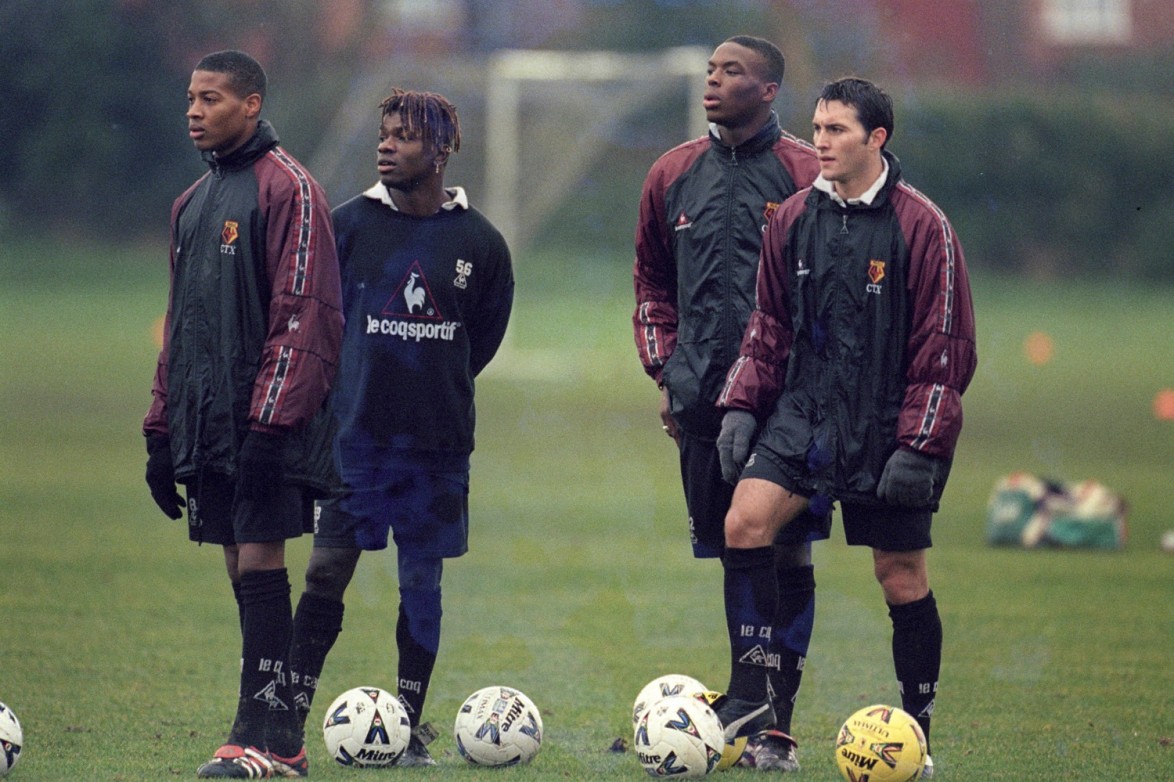 Hyde made a half-century of appearances that season and Johnson played 44 times. Neither player made more appearances in a season before or after that. It was a career high in more ways than one. “I can't speak for Johnno but my fitness used to get on the others players' nerves,” Hyde said. “When we finished for the season I didn't do a thing, not a jot. Others used to go swimming, get on the bike or go to the gym but I did zero. But when we got back for pre-season I used to run for days. I was just naturally fit.”

Hyde also bought into the psychological side of things as well as the physical. He fully embraced what psychologist Ciaran Cosgrave was preaching when GT astutely added him to the mix as that season neared the business end. “I was all in,” said Hyde. “I really appreciated the mental side of things. I knew I had ability and I didn't believe anyone was better than me. My dad drilled that into me. When Ciaran came in he was like a breath of fresh air and encouraged you to close your eyes and visualise things. I was really into that.”

The team needed to draw on their mental reserves that season because things were not all plain sailing. There were two sequences of five matches without a win, 4-1 hammerings at Sunderland and West Bromwich Albion, and a nasty throat infection that left the team without their manager and inspiration for a couple of months.

“We had a rocky patch then,” said Hyde. “But, if anything, it took the pressure off us a bit and we just got on with it. Kenny (Jackett) took over and eventually we did well again and we got the belief back. Kenny was a good coach.” 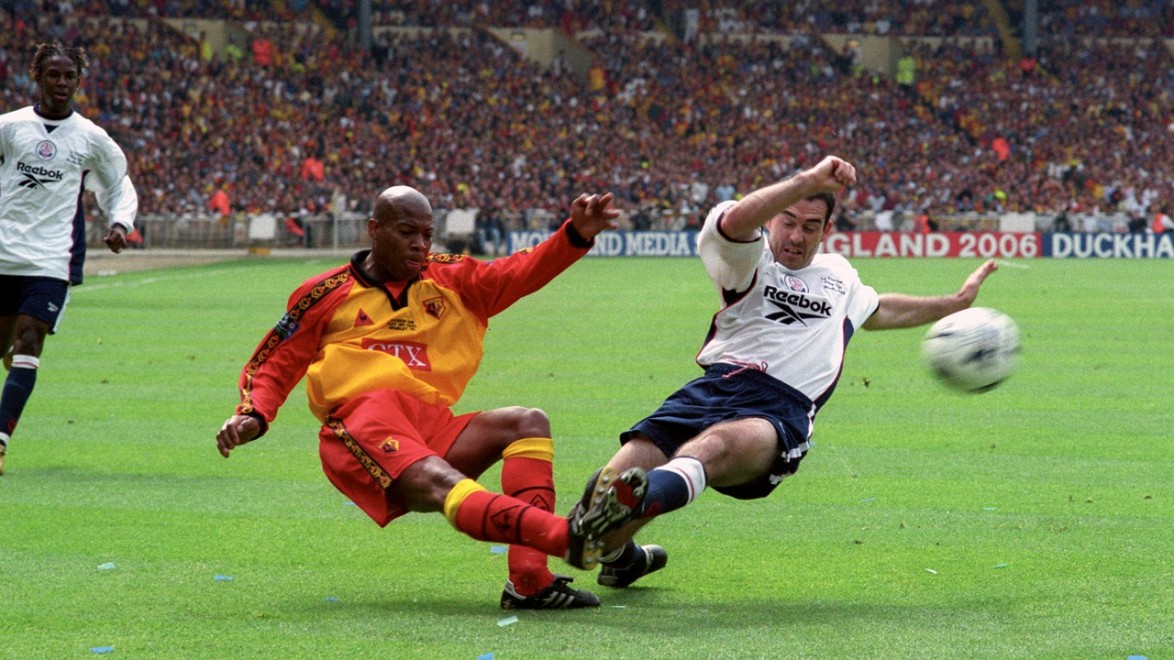 All the planets started to align and the Hornets finished the season like a steam train, with seven wins from their last eight league matches. Birmingham were just about seen off in the play-off semi-final and that set up a Wembley date with Bolton. Hyde had only been to the home of English football once before and that was a trip with the school to watch England against Italy. Yet the silky-smooth midfielder and his teammates played with such confidence and with no trace of nerves that it looked like Wembley was their second home.

“It was a great experience,” said Hyde. “I didn't feel nervous at all. There were more nerves in the semi-final. I was just hungry to go there and play and show what I could do.” Hyde played so well that the vaunted Bolton pair of Claus Jensen and Per Frandsen barely got a kick. “They were very good players, but me, Johnno and Peter (Kennedy) dealt with them. We admired them and respected them, but we were just that bit more confident and assured. Neil Cox played for them and when he joined us, he confirmed that we were the superior side on the day.”

Hyde had his mum, dad and sisters at the game and managed to pick them out during the celebrations. His mum then threw a party for friends and family. He has still got his winner's medal, the programme and a framed picture to add to his prized collection. “I've got one of me and Vialli, one when we got promoted at Fulham and then the one from Wembley is pride of place. That was a tremendous day.”