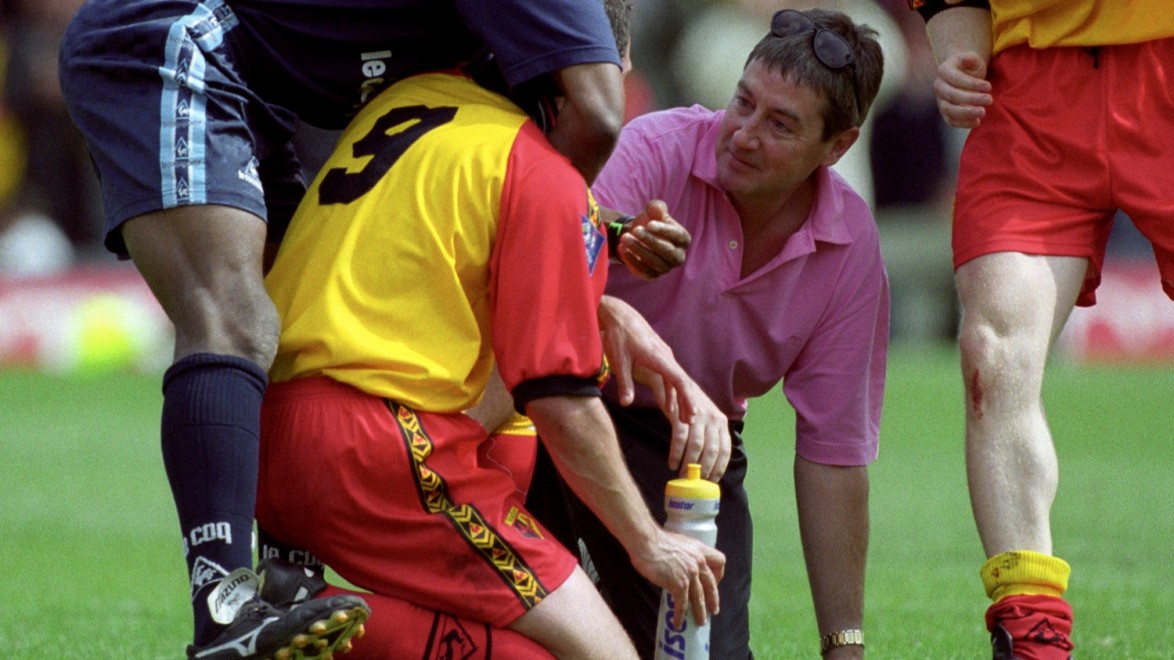 It all started one October Sunday morning at a London hotel, the tale of the man who is affectionately known as the man in the pink shirt. Ciaran Cosgrave was sitting reading one of the broadsheet newspapers when a story in the sports pages caught his attention.

“I was reading this article in The Sunday Times saying how Sunderland would run away with the league,” said Cosgrave. “The article said that although Watford were in second place, they had no right to be there and that it was only a matter of time before they started to slide down the table.”

Cosgrave had no affiliation to the club but he still felt offended on their behalf. Something didn’t sit comfortably. Why could the Hornets not sustain a challenge? He was affronted at the notion that the Hornets’ push was a flash in the pan and had no substance. He went back to his room, put pen to paper and sent a letter to the club marked for the attention of Graham Taylor.

“Within four hours of receiving the letter, Julie (his secretary) rang me and said Mr Taylor would like meet to me,” said Cosgrave. “We were due to meet for 40 minutes at Vicarage Road, but it turned into a three-hour chat.” 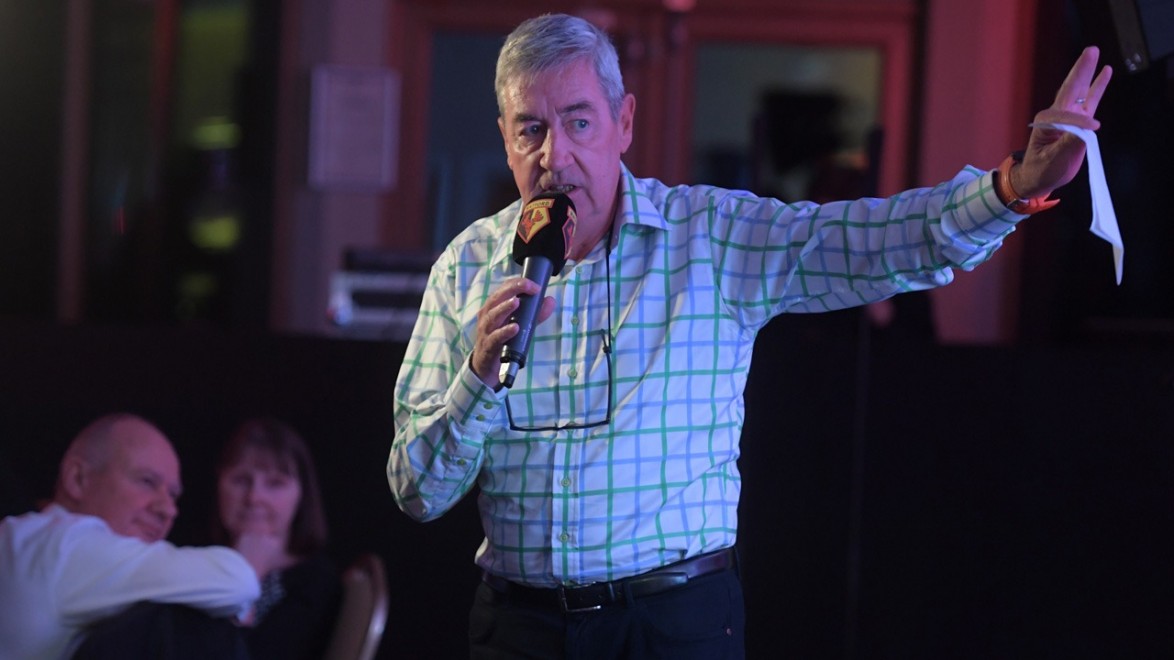 The Irishman talked to GT about the work he had done with Magic Johnson and Kareem Abdul Jabar at the LA Lakers and how they'd won two NBA titles in the three years he was there as a mental fitness coach. He felt his skills were transferrable and Taylor, ever the innovator, was all ears. GT was keen to bring him in to enhance his backroom team, but then he was hospitalised by an abscess in his throat.

“He got ill and Kenny (Jackett) took over and I heard no more about it,” said Cosgrave. “I was watching their results and I saw they had hit a bit of a slump in January. They had slidden down to ninth in the table and then, out of the blue, on March 18, I got a call. It was Graham. He said: ‘Now is the time to bring you in’.”

With a background in basketball, hurling and rugby, the 38-year-old Cosgrave was venturing into new territory, the unforgiving world of English football. His baptism, a dreary fixture at home to Bury, was about as far from life at Staples Center watching the Lakers as you could get.

“We drew 0-0 against Bury and I was furious,” said Cosgrave. “Coming from a rugby and basketball background, 0-0 isn't an option. Graham knew I was furious. There was an international break so I went back to Ireland and got some pals to put together a compilation of hurling clips. I came back and asked Graham if I could see the players on my own. I showed them the clip and asked the 27 players to give me one word to describe what they saw. They came back with adjectives like ‘fit’, ‘together’, ‘skilful’ and ‘lunatics’. I asked them if they brought those attributes to the next match how we would get on? To a man, everyone said ‘we'll hammer them’.”

The results were almost immediate. “Graham rang me that night and said they'd had an unbelievable training session. He asked me what I'd said to them. I eventually showed Graham the hurling video and he fell in love with the sport after that. Him and Rita came over to visit me and Graham stayed up until 4am on the first night watching hurling. He kept asking if there were any rules.”

There was something pretty lawless about the Hornets’ next game, the first since Cosgrave had given the thought-provoking presentation. The Hornets had two men sent off against Tranmere in a rousing 2-1 win that is generally considered as the launchpad for promotion.

“We finished with nine men because Johnno and Allan Smart were sent off, but Jesus the fighting spirit shone through,” said Cosgrave.

“GT was furious afterwards as it was the only time in his career he had finished with nine men. He was giving the players a right roasting and then I interrupted. ‘But we won, didn’t we?’ I later found out it was the first time Graham had ever been interrupted. He didn’t know whether to hit me or cry. The dressing room just burst out laughing.” 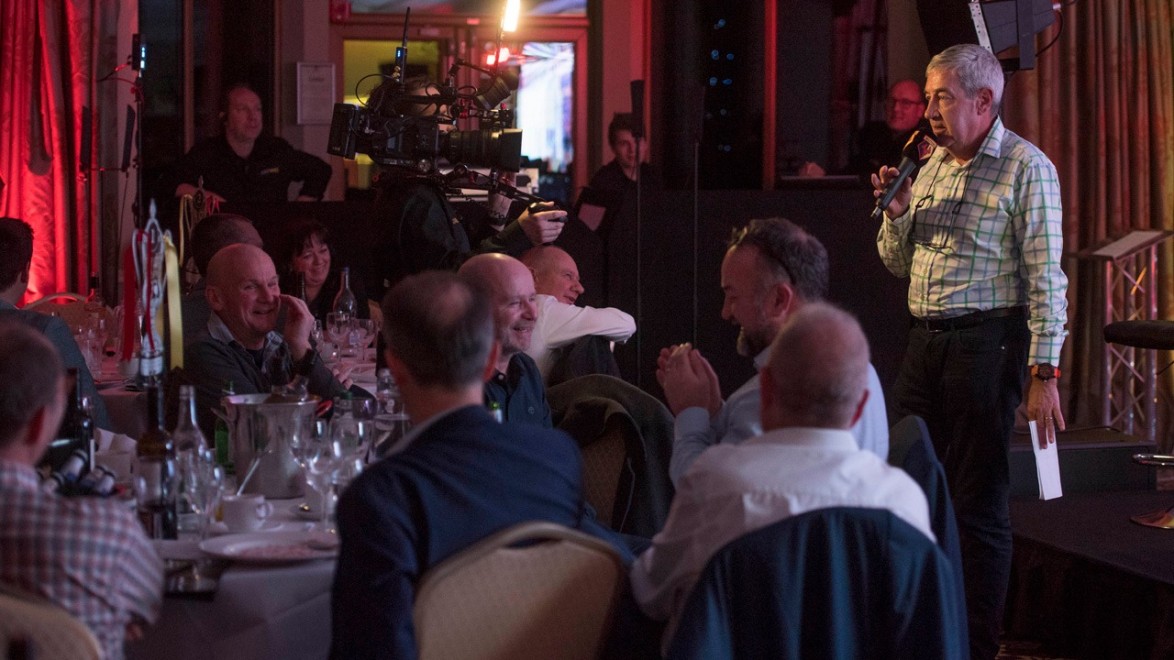 Cosgrave had helped light the touch paper and the Hornets were now off and running. Birmingham, Bolton, Crewe, Crystal Palace, Port Vale and Grimsby were beaten in a run of seven wins in eight games and all of a sudden the Hornets found themselves in the play-offs as the form horse.

That’s when Cosgrave really came into his own. He had been told the second leg with Birmingham could go to penalties so he wasn’t leaving anything to chance. Some people describe the shoot-out as a lottery. Not Cosgrave.

“We got the players walking up to take penalties at the end of training with music blaring out. We did it at the Lakers with free-throw shooting. We just got them to rehearse it physically and mentally. The beauty of mental rehearsal is that you get it right 100 per cent of the time.” 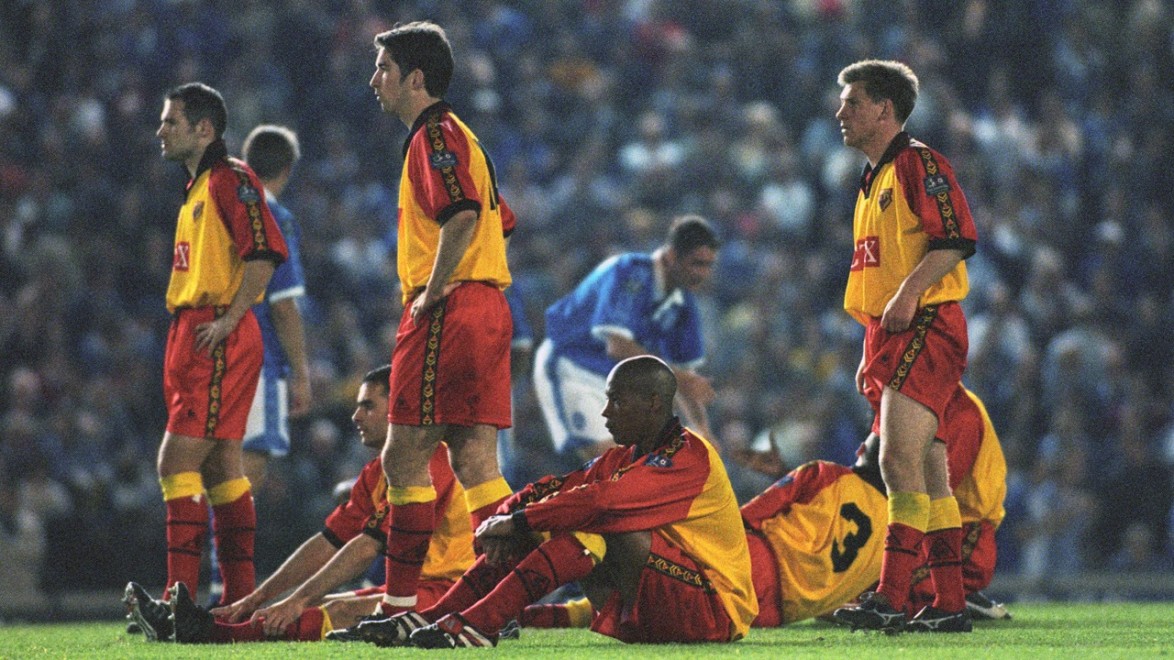 With Birmingham vanquished in one of the most nerve-jangling nights in the club’s history, it was now onto Bolton, who were the clear favourites for the showdown at Wembley as they had Per Frandsen, Eidur Gudjohnsen, Claus Jenson, Scott Sellers, Neil Cox and Mark Fish in their ranks. Cosgrave had another idea up his sleeve. “Wales beat England in the rugby at Wembley the day before,” he said. “Scott Gibbs had scored a try to deny England the Grand Slam, so I showed them a clip of that game. Graham didn’t like it as he was a proud Englishman, but I said, ‘Look at Robert Page, he’s a proud Welshman’. It didn’t matter what nationality you were, it was about seeing the impossible. I knew it would have an effect on the team.”

Cosgrave said there was no Churchillian speech in the bowels of the dressing room before the Wembley game or any great tactical masterstrokes. There was just an unshakeable belief that this was going to be Watford’s day.

“We didn't change a lot,” Cosgrave said. “I treated it like another game. It was just at a different venue. I talked to the players a lot about the process. It’s not about the result – it’s about the process. It starts on a Monday morning and goes to five to five on a match day. Get the process right, believe in it and the result takes care of itself. I never once mentioned winning. It starts with how you are thinking. Think negative thoughts or have any sort of doubt, then you have no chance.” 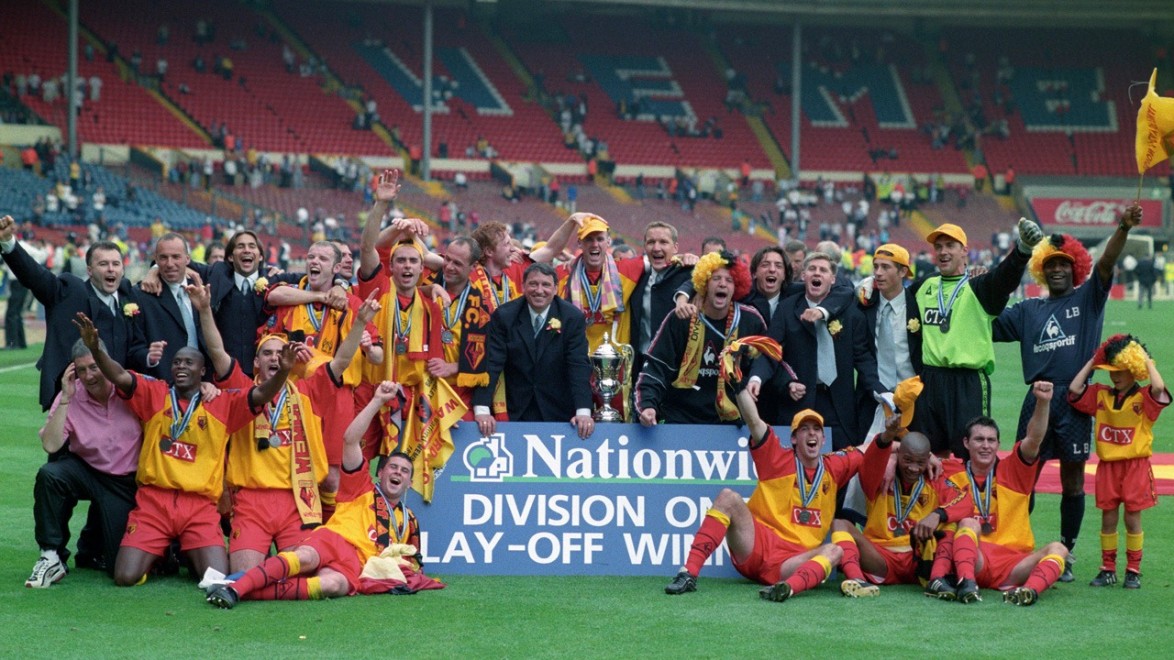 He also believes there is a bit of revisionism about the final, the belief that it was all plain sailing for the Golden Boys. “Some people have short memories,” he said. “Gudjohnsen could have scored twice in the first 10 minutes. There is this famous photo of me tapping Graham on the shoulder when we are sitting on the bench. He sort of snapped. I said, ‘This is our day’. I believed in it totally and so did the players.”

Tommy Mooney believed so much in what Cosgrave was preaching that he recommended Tim Sherwood bring him in when he was in charge at Aston Villa. He has also worked with Paris Saint-Germain and Manchester City. He will always be remembered, though, as the man with the pink shirt who helped provide the club with one of the most colourful days in its history.

“I had no idea what drove the pink shirt selection, but it kind of just stuck,” he said. “There was a bit of friction on the field against Tranmere and I obviously stood out in a pink shirt. I joked that I had to wear it because the club didn’t give me any kit.”