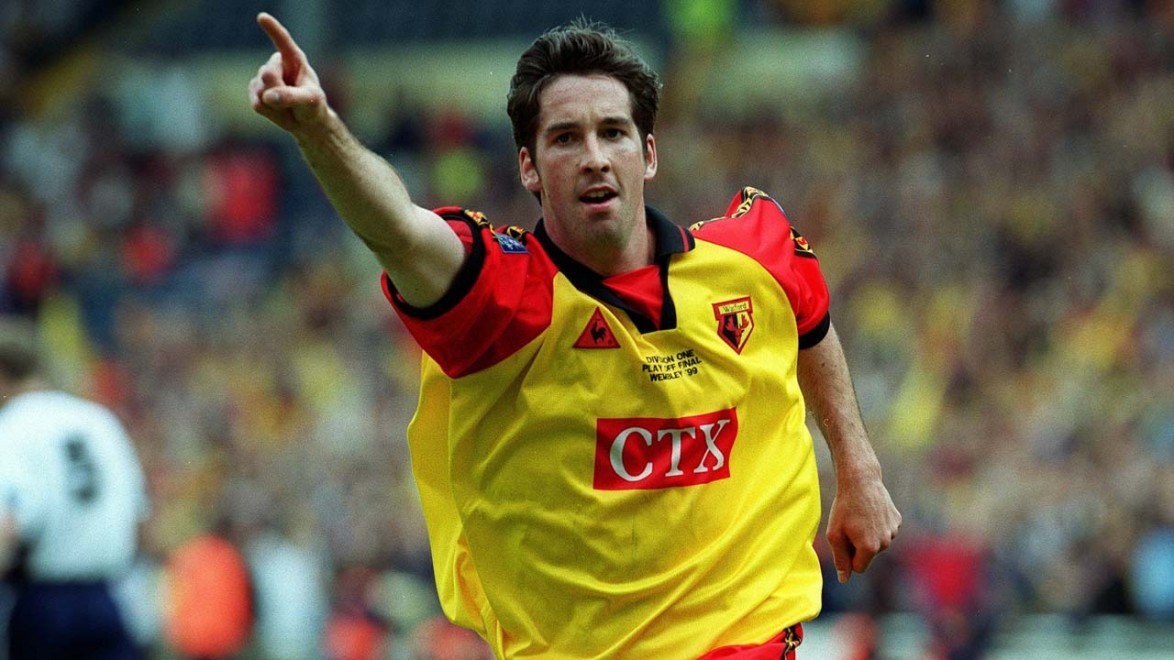 For a man who struck that goal of his lifetime with such conviction, Allan Smart was full of self-doubt on the morning of the play-off final. He had played 39 times that season, scored key winners against Queens Park Rangers and Bristol City, nervelessly stroked in the Hornets' seventh penalty at St Andrew’s yet he still was not sure he would make the 14-man squad for the final against Bolton Wanderers.

“On the morning of that day, we were still unsure of who the subs were,” said Smart. “Part of me was thinking: ‘Is he going to go with me? What if he chooses someone else?’ I was rooming with Wrighty and I said to him: ‘I reckon he might not go with me’. So when we got down for breakfast I was still on edge, so I asked Pagey to go and find out if I was on the bench. He came back and said it was the same subs.”

Smart came on for Wright with three minutes remaining and made the sort of impact even GT, who had a habit of turning water into wine, could scarcely have imagined. “What a fantastic goal to score,” Smart said. “I was watching Ian Wright on that Soccerbox programme with Gary Neville recently and Wright was saying how he always just focused on trying to get a good contact. That's exactly what I did and it absolutely flew in. It was a great strike and a lovely pass from Peter Kennedy. It's something I'm really proud of.” 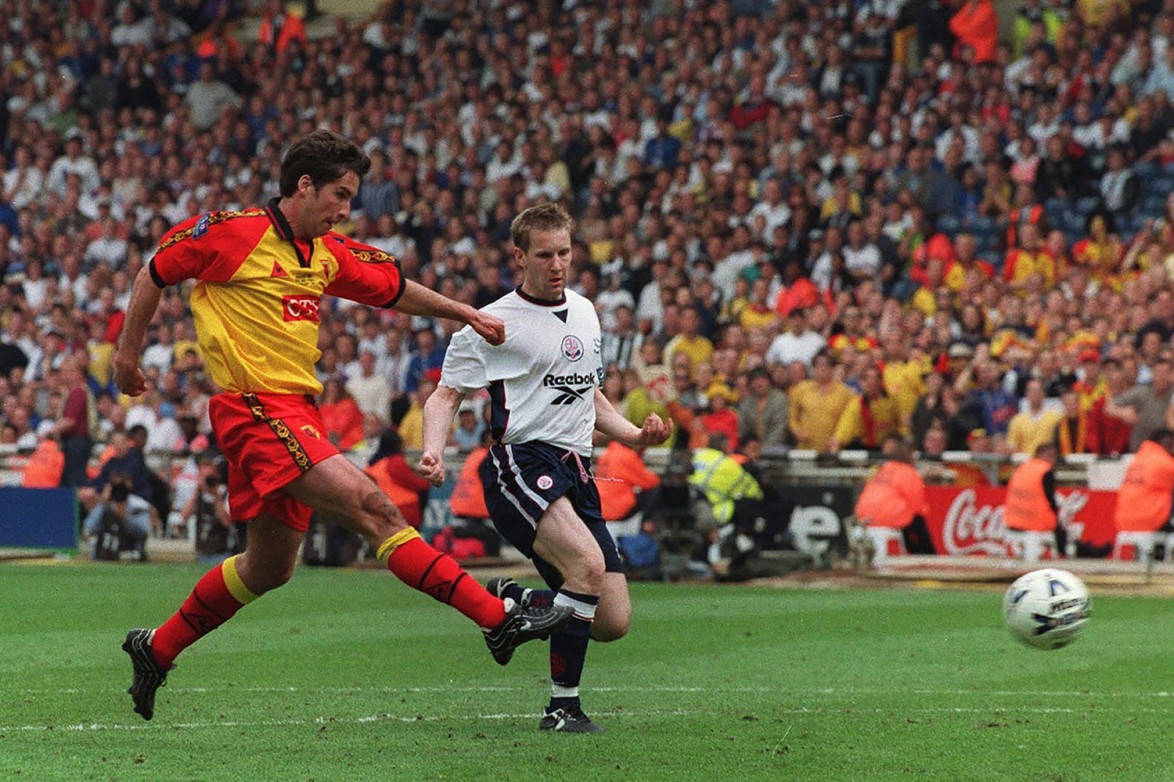 His parents were proud as punch, too. “That was my mum's one and only appearance watching me as a pro,” Smart said. “I had to tell her to stop watching me when I was younger as she was really passionate. She'd be like: ‘Get running, get tackling’. She canned me. I couldn't have those ding dongs with her so she stopped watching me after I was 14 or 15. My dad came to watch me all the time with my uncle, but that was my mum's first appearance. It was a great one to pick and I think she enjoyed that. It was a great day.”

It proved utter vindication of Smart's decision to join Watford the previous summer and endorsed all the good vibes he got from GT when transfer talks took place. “I was out of contract and spoke to Northampton, Leyton Orient, Swindon, Grimsby and a few others. I think the gaffer had been at a function with (then Carlisle chairman) Michael Knighton and my name cropped up. It kind of materialised from there.”

Smart was instantly made to feel part of the Watford family after GT turned on the charm. “They put me and my fiancée up in a hotel and I remember saying to her how upmarket it was. I really felt they were trying to make an impression. He made it clear straight away he wanted me to sign. We then did a bit of number crunching. He said he could have got me a bit cheaper wages wise but that my package was fair in the dressing room and it was. I wasn't on a lot of money, anyway. Northampton came back in and offered me more money, but there was only one place I was going.” 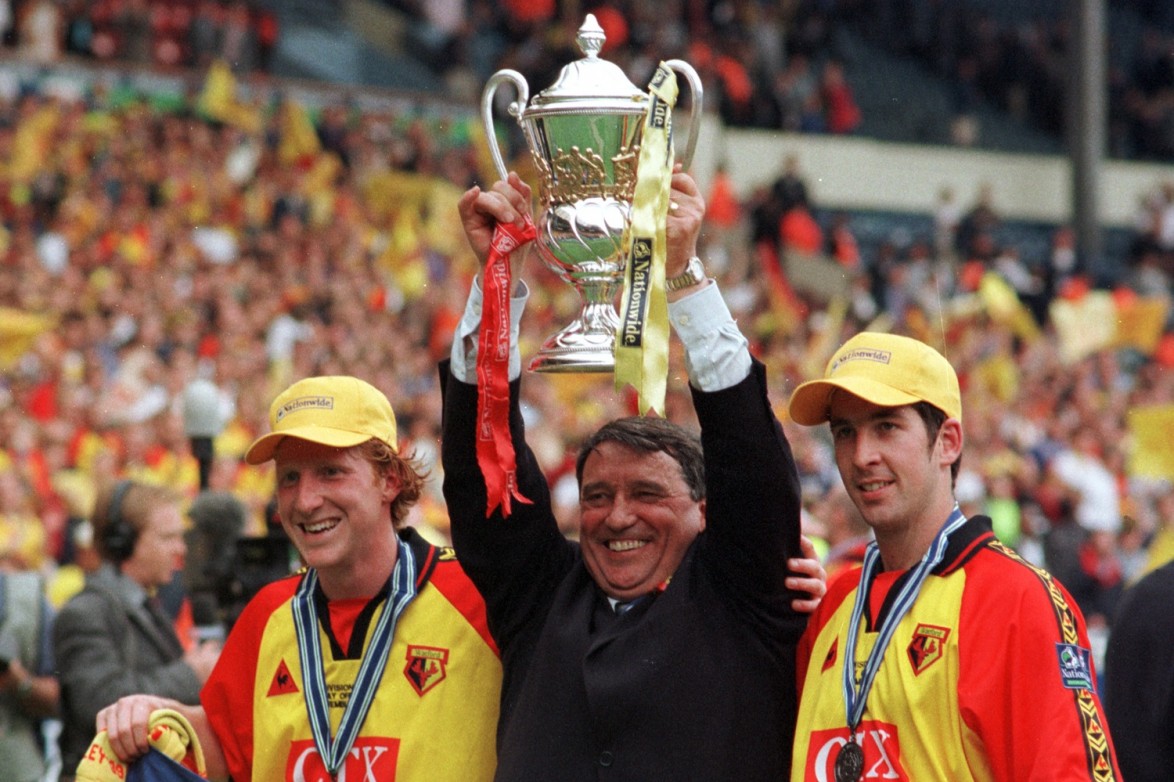 The clincher was the fact Smart had an ex-England manager wanting to sign him. It made him feel 10-feet tall. “I had huge respect for what he had achieved in the game,” he said. “The fact I'm Scottish made it all the more pleasing that an England manager wanted to sign me. I remember he called me from the World Cup in France and left me a voicemail. I kept it for years as I remember telling my parents how proud it made me feel.”

Smart wanted to hit the ground running and show everybody why GT had been so hell-bent on signing this unheralded striker from Carlisle. He got the nod for the opening day game at Portsmouth. “It was one of the worst debuts I'd had,” he said. “I'd got a dead leg in training that week and I was staying at a guest house in Amersham with this dog which never shut up. I hardly slept a wink and was like a cat on a hot tin roof all week.

“I played up front with big Jason Lee and he absolutely carried me through that game. I got hooked after 70 minutes and I apologised afterwards for my performance. The gaffer and Tom Walley pulled me on the Monday and asked if they had heard me right that I had said sorry for the way I played. The gaffer said: ‘You are my centre-forward, so get your head right as you are playing this week and the week after.’ That was nice to hear.” 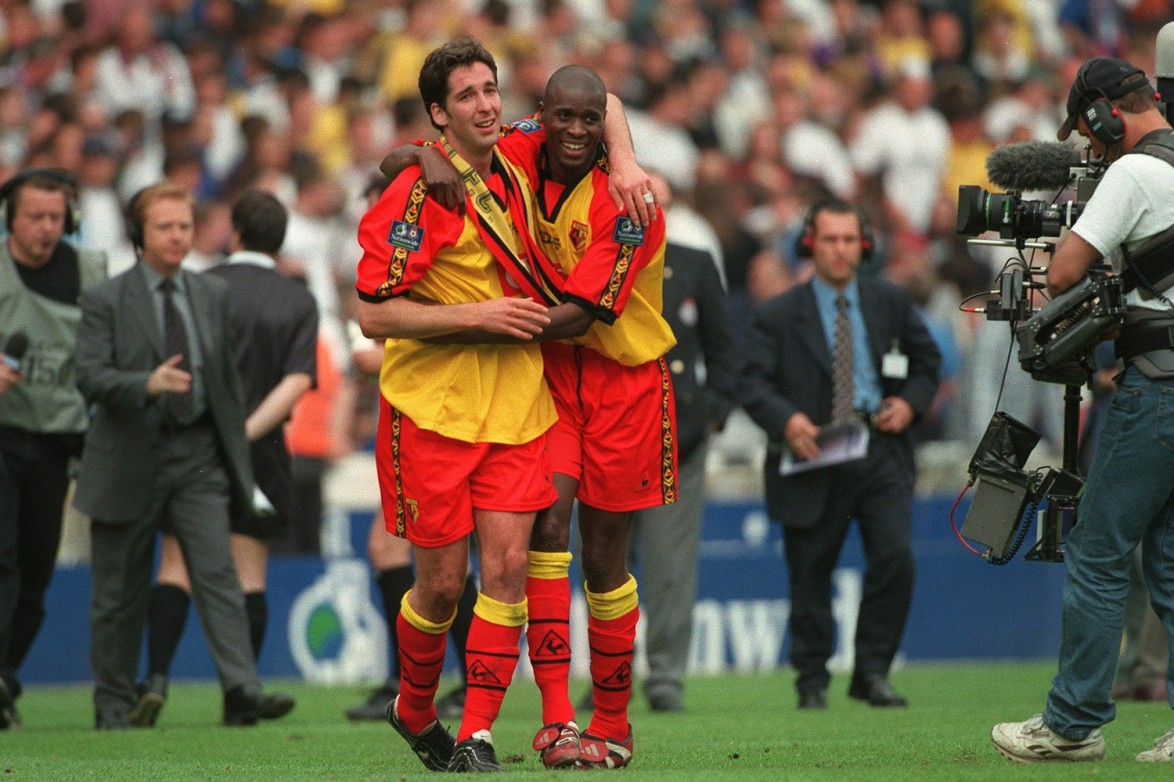 GT was true to his word. All but one of his 35 league appearances that season came from the off and although he only bagged eight goals, he didn't half get some crucial ones. He got the winner at home to QPR, the winner at home to Bristol City and obviously the clincher in the play-off final. He also played a part, both good and bad, in the rousing 2-1 win over Tranmere in April, a result that sparked a six-game winning streak.

“The gaffer held a team meeting before that game and I remember him saying we needed to win all of our remaining games to get promoted. That game was particularly flat so I tried to wind up the keeper, John Achterberg. I stood on his toes from a corner and as it was delivered, he pushed me and we got a penalty.”

Kennedy saw his 87th-minute penalty saved but Michel Ngonge was on hand to crash in the rebound. Smart was, shall we say, rather over-exuberant in his celebrations at the last-gasp winner and he became embroiled in a set-to with David Kelly. Smart was sent off, leaving Watford to play the last three minutes and injury time with nine men. Richard Johnson had already been sent off seven minutes earlier.

“There were a few handbags thrown around,” said Smart. “I deserved to get sent off but I thought I was alright as Johnno got sent off too and the gaffer loved Johnno, so he couldn't slaughter me and not him. He even patted us on the back, I think, as he said the team needed a reaction, a spark, as we were so poor. The gaffer just said our punishment was getting back into the team, which was going to be a struggle. It was good management and good psychology.” 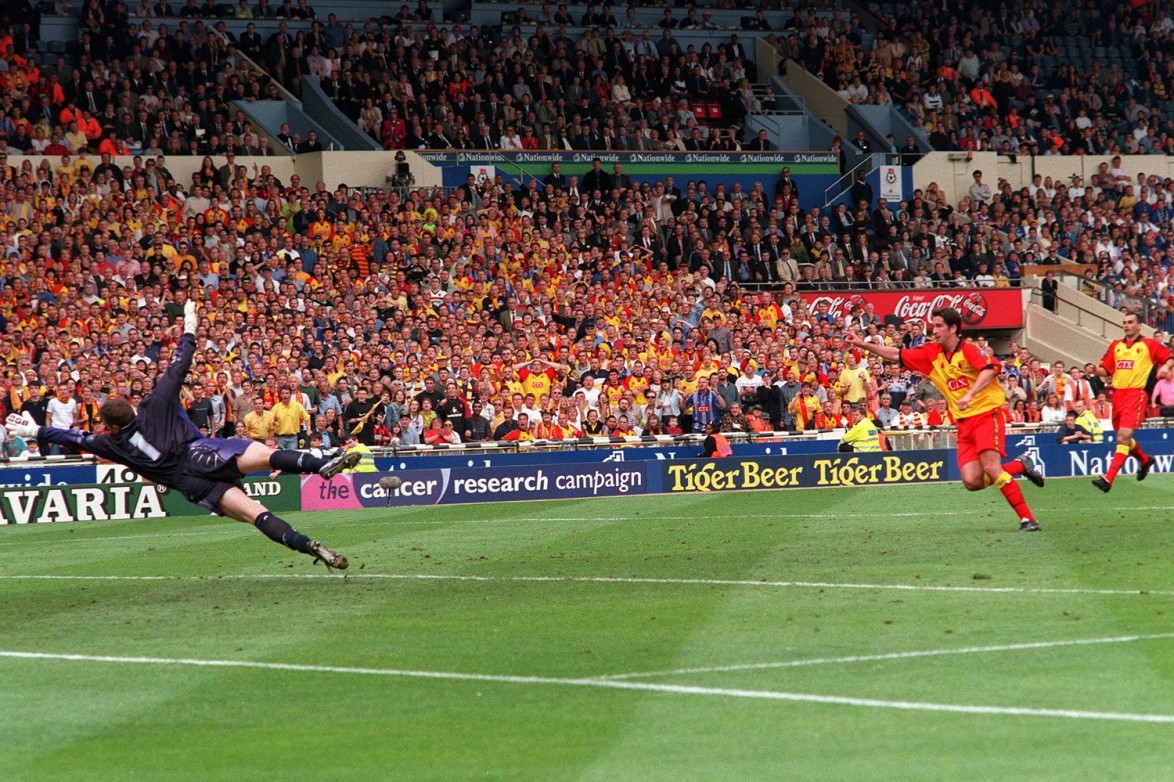 The ultimate mental test came at St Andrew’s in the second leg of the play-off semi-final. Smart was one of the few who couldn't wait to walk up and take his spot-kick as he had been smashing them in in the build-up to the game.

“I'd been hitting 30 to 40 penalties a day, the same one every time,” he said. “I never stopped until I felt happy with it. The only problem was that Chris Day and Alec Chamberlain got to know which side I was going so they went early. I remember arguing with the gaffer as it was becoming a waste of practise. But I stuck to it, taking five steps back, two to the left, kept my head down and read Mitre on the ball all the way.”

Smart went to the left, Kevin Poole dived to the right and Smart cupped his ear to the crowd in celebration. “It was just relief as I didn't want to be the one who messed the season up,” said Smart. “But we were never going to lose as we were so well drilled and so well prepared. I found out years later that Birmingham never practised penalties. People say you can't recreate the pressure, but Tiger Woods hits 100 balls until he gets one shot right and Jonny Wilkinson wouldn't finish practising penalties until he's happy. I used to hate taking penalties and went through a spell where I'd want someone else to take one, but GT helped us take the emotion out of the kick and left nothing to chance.”

The upshot was a dramatic 7-6 win on spot-kicks and the chance for Smart to score one of the great Wembley goals.