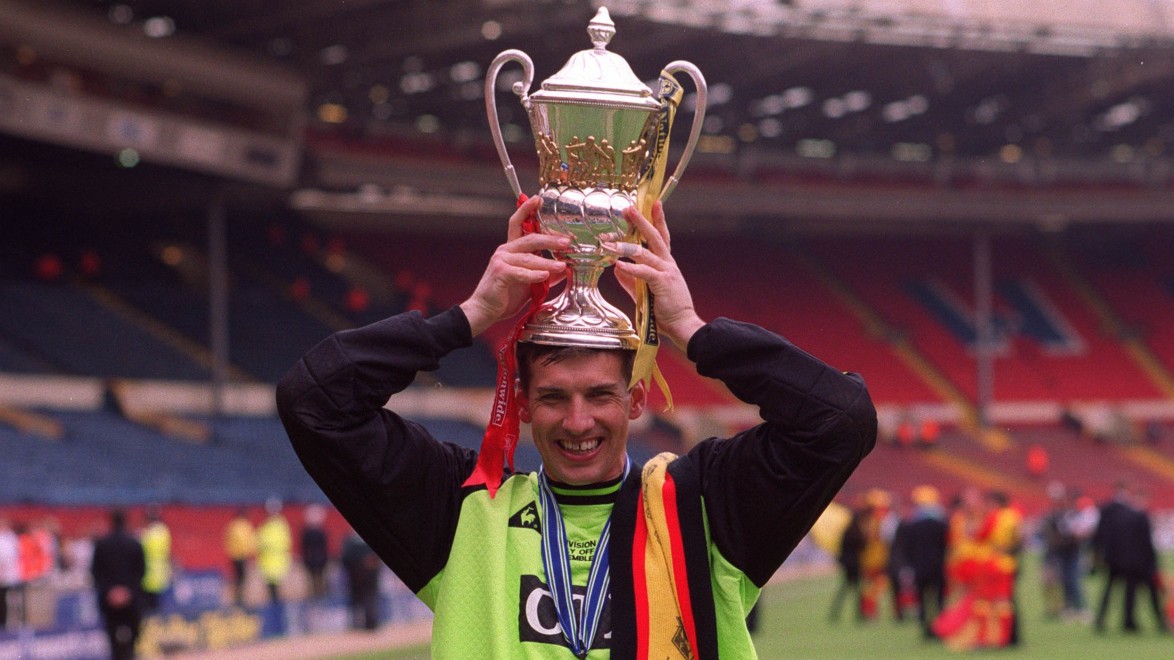 There was nothing lucky about Watford's penalty shoot-out victory over Birmingham City. Allan Smart will tell a story in a later edition of this series how the Blues never practised for the eventuality of spot-kicks. Graham Taylor, on the other hand, left no stone unturned. He was preaching from the Gary Player school of hard work when insisting the players rehearsed scoring from 12 yards after every session before the second leg of the play-off semi-final. The more they practised, he figured – just like Player – the luckier they would get.

“We did loads of practise,” said Alec Chamberlain. “Graham wanted it after every day at training. He made everybody walk from the halfway line. I know you can't replicate the same sort of pressure, but he wanted everybody to get in some sort of routine. And it worked. Apart from Stevie Palmer's, they were all immaculate penalties. They stuck to the plan, Graham's plan."

Chamberlain's penalty-saving heroics were also no fluke. There were no tablets around in those days and no performance analysts for the goalkeeper to tap into at the end of extra-time, so he had to rely on good old fashioned know-how.

“My penalty record was awful,” Chamberlain said, “so I was grateful to a guiding hand from Kenny Jackett. Ken had worked with Paul Furlong at Watford and knew which side he favoured, so I knew which way to go for that one.”

It worked a treat, Chamberlain thrusting out his big right mitt to push away Furlong's left-footed effort and give Watford the dream start. Palmer's miss straight afterwards meant Watford surrendered the lead immediately and Chamberlain failed to lay a glove on the next six. Even Kevin Poole, his opposite number, smashed one past him.

“I remember looking at the halfway line and wondering when I would be taking one,” said Chamberlain. “We'd gone that deep. I reckon I had to be taking one before Gibbo. I was relieved it didn't come to that, that's for sure.” 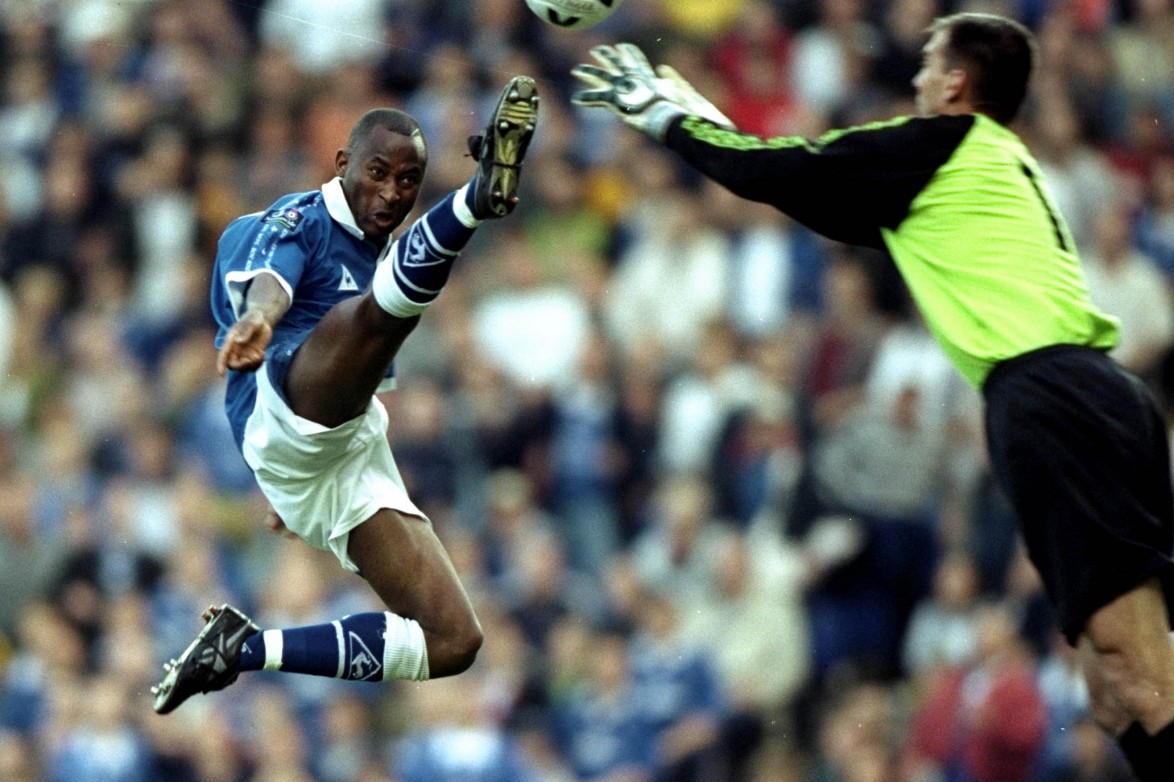 It didn't because Chamberlain guessed correctly again with the 16th penalty of an unforgettable night. At the age of 35, he flung himself to his left and parried Chris Holland's penalty to spark wild celebrations.

“It wasn't a well-hit penalty and it was one of those where I was smiling before it got to me,” he said. “That was a nice feeling. It was a night I'll never forget. There was just so much excitement, so much tension and so much relief. There was such a connection with the supporters at that time and it was great to celebrate going to Wembley with them.”

The night, though, started off poorly. The omens were not great. “We had a terrible journey,” Chamberlain said. “We got caught on the M6 and we didn't have a police escort. We got there quite late, probably with less than an hour to go. We had to rush to get out to get warmed up, which is incredible in this day and age. We started like we were still on the coach and Adebola scored after two minutes. From then on we were hanging on by our finger nails and it was backs to the wall from everyone.” 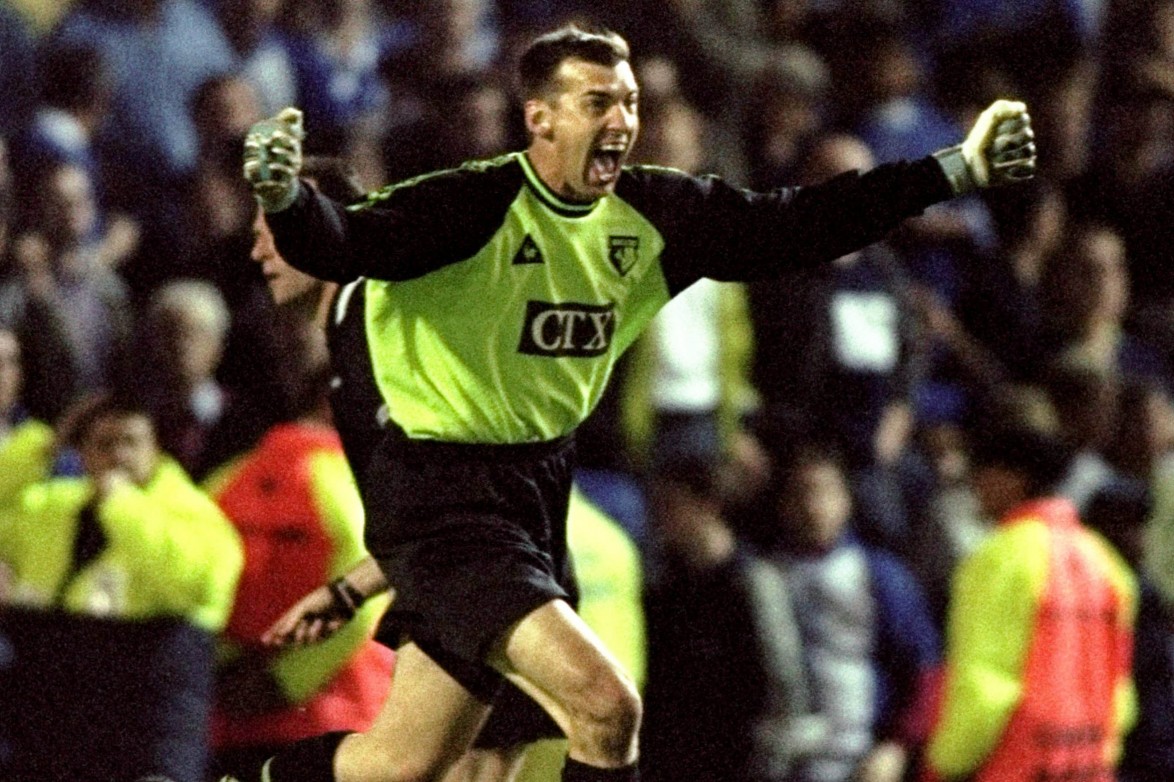 Watford needed a fair slice of luck that night and required Chamberlain to pull a few saves out the bag, including one crucial one in extra-time. “There was one from Michael Johnson that really sticks out,” he said. “There was a cross into the box and I took a step out and then a step back as I thought I wasn't going to get there. He headed it down and I had to get down low and I managed to keep it out. Palms cleared it away, I think. If that goes in we don't get penalties, so it's a big moment. There were other saves you'd expect to make, but that was quite a pleasing one. The timing was really important.”

Chamberlain was at it again in the final, pulling off a save with the game deadlocked and delicately poised at 0-0. He remembers it like it was yesterday. “They had a free-kick just outside the box,” he said. “I looked to my left, he went to shoot and the shot hit the wall. The ball fell to Eidur Gudjohnsen. He hit it on the volley and I made a save to my right. They started better than we did and we had to ride a storm for 15 to 20 minutes.” 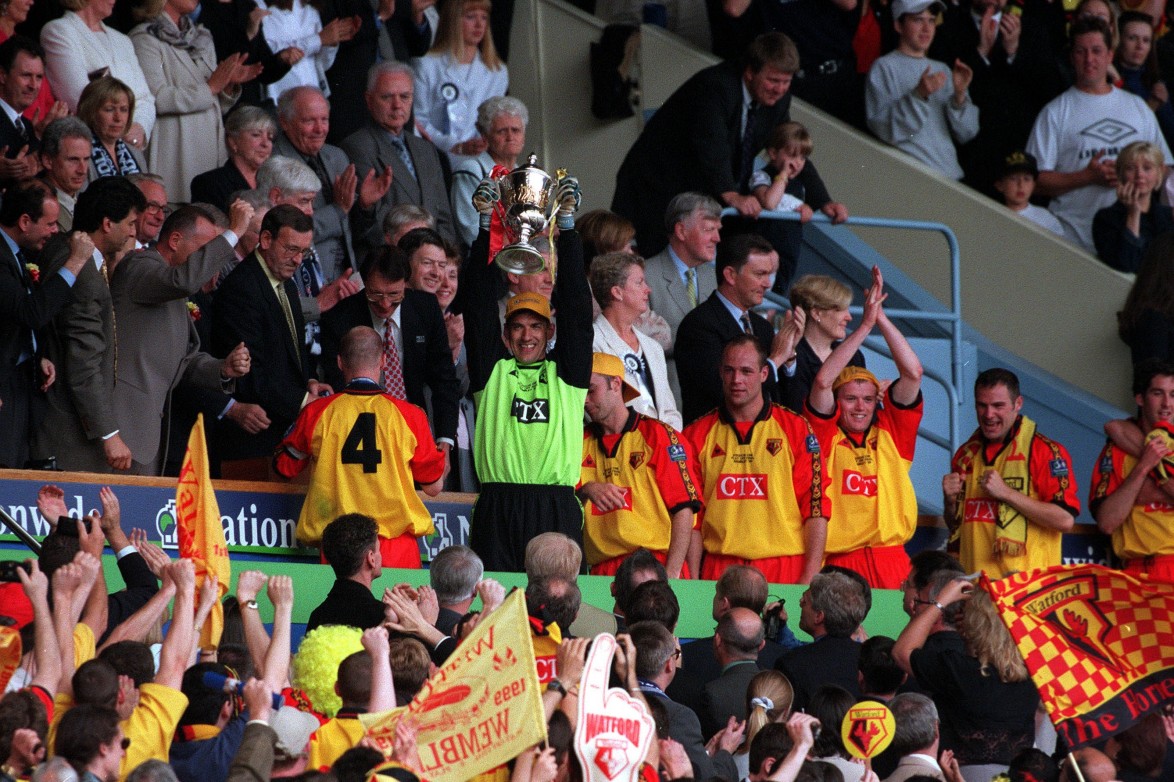 Chamberlain was just glad to be playing. Three times he had been sub at the home of English football – and with all three Merseyside clubs, funnily enough. He thought he was always destined to be the bridesmaid and never the bride.

“The combination of winning the semi-final like we did and playing at Wembley definitely makes it the best period in my career,” he said. “To play at Wembley, to win at Wembley, to keep a clean and get promoted is a big moment in anyone's career. There is no better way to do it than through the play-offs.”

Watford timed their charge to the play-offs to perfection, winning seven of the last eight games of the regular season to go into the knock-out part of the season as the form horse. The winning streak began with a 2-1 home win over Tranmere in April, achieved with a late goal from Michel Ngonge after Allan Smart and Richard Johnson had been sent off. It proved to be the turning point of all turning points as it ended a run of five matches without a win. The Hornets never looked back thereafter.

“That was the catalyst,” said Chamberlain. “It was a bit of a mad game. Somehow we managed to get those three points and for whatever reason, it galvanised everyone and we went on a run. It's not often you win with nine men and I remember the atmosphere being amazing. Going down to nine men gets the crowd going and gives the crowd a cause to get behind. I think we thought we could get promoted after that game. There were loads of games to go, but it got everybody thinking that if we can do it with nine men, then we could have a right go with 11. The gaffer used it as a real motivational tool.” 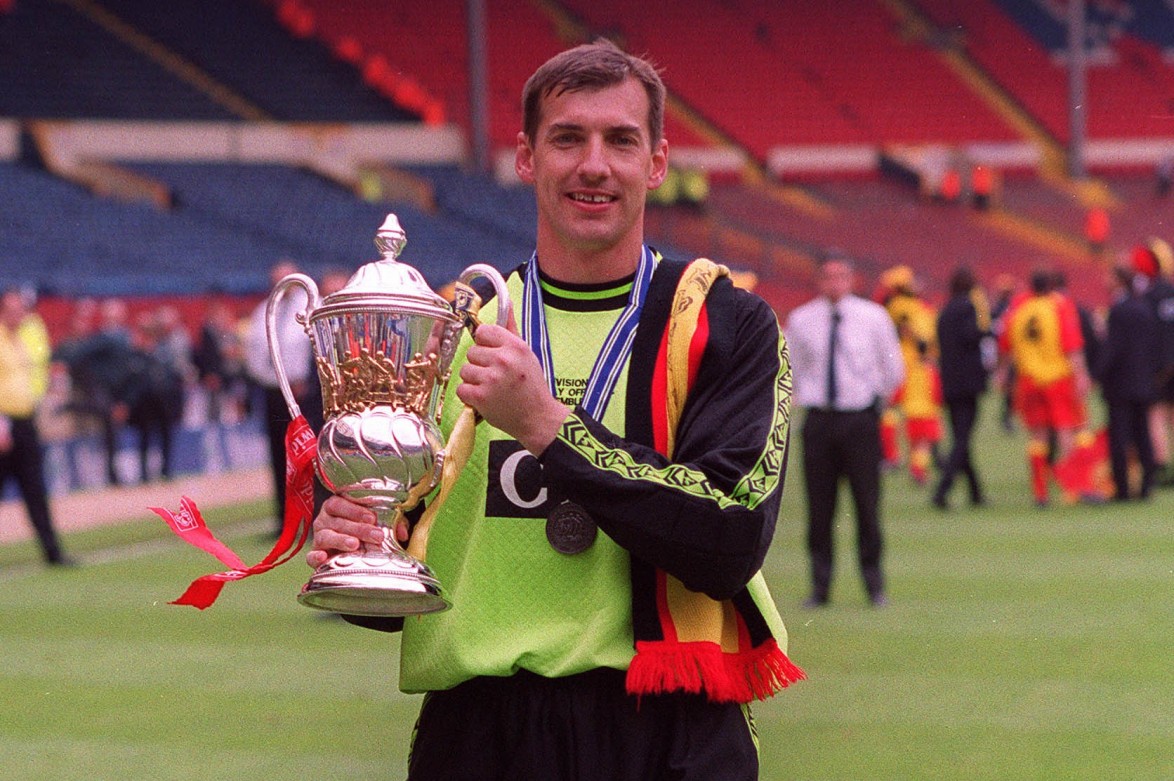 GT was becoming increasingly intrigued by the mental side of the game and he supplemented his backroom team with psychologist Ciaran Cosgrove. He brought him in in March as the Hornets’ form started to nosedive. In a meeting room, Cosgrove showed the 27 Watford players present an eight-minute hurling compilation video. “I said, right guys, no audio, just visual,” Cosgrove said in an interview with the Irish Examiner. “Tell me in one word what you’ve seen.” The responses rolled off the tongue. Fit. Togetherness. Lunatics. Skill. Cosgrave jotted the answers on a flip chart, and then paused. He turned the page and showed the players one word – unpaid.

“There was a fair bit of scepticism,” said Chamberlain. “Ciaran came from left field and his background wasn't in football – it was in hurling and rugby. He just gave you a different perspective on things, a fresh look. He wasn't bogged down in the traditional ways of football. It was different but because we respected Graham as a leader, we thought if he is backing Ciaran, then why shouldn't we.”

The move summed up GT's attention to detail and his ability to think outside the box, to add that extra one per cent. The result was another thrilling rise through the divisions.

“Those two seasons, winning the league and getting in the PFA Team of the Year are something I'm still really proud of, and then to achieve back-to-back promotions via Wembley was unforgettable,” said Chamberlain. “They were the best two years of my career.”