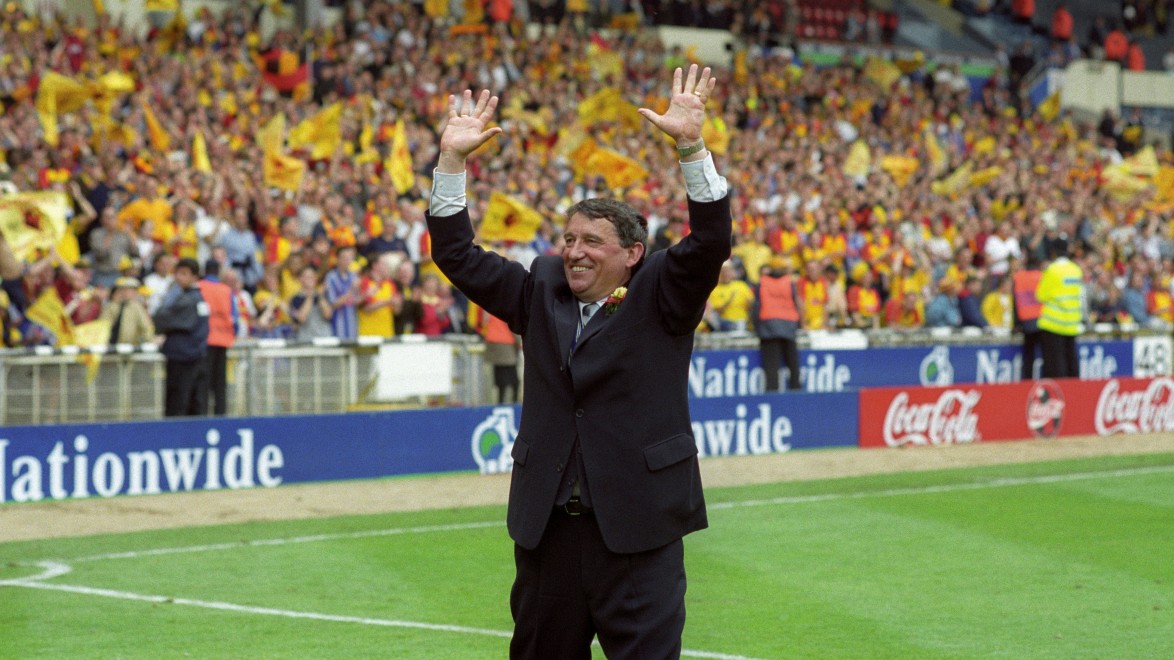 In our 'Time Capsules' series, we dive into the Watford FC archives to re-publish a classic interview from an historic matchday programme.

For our latest instalment, we re-visit Graham Taylor's interview in the 1999 First Division play-off final programme.

As the Hornets prepared to take on Bolton Wanderers at Wembley Stadium, GT spoke of the fairytale journey to get there and what promotion to the Premiership would mean... 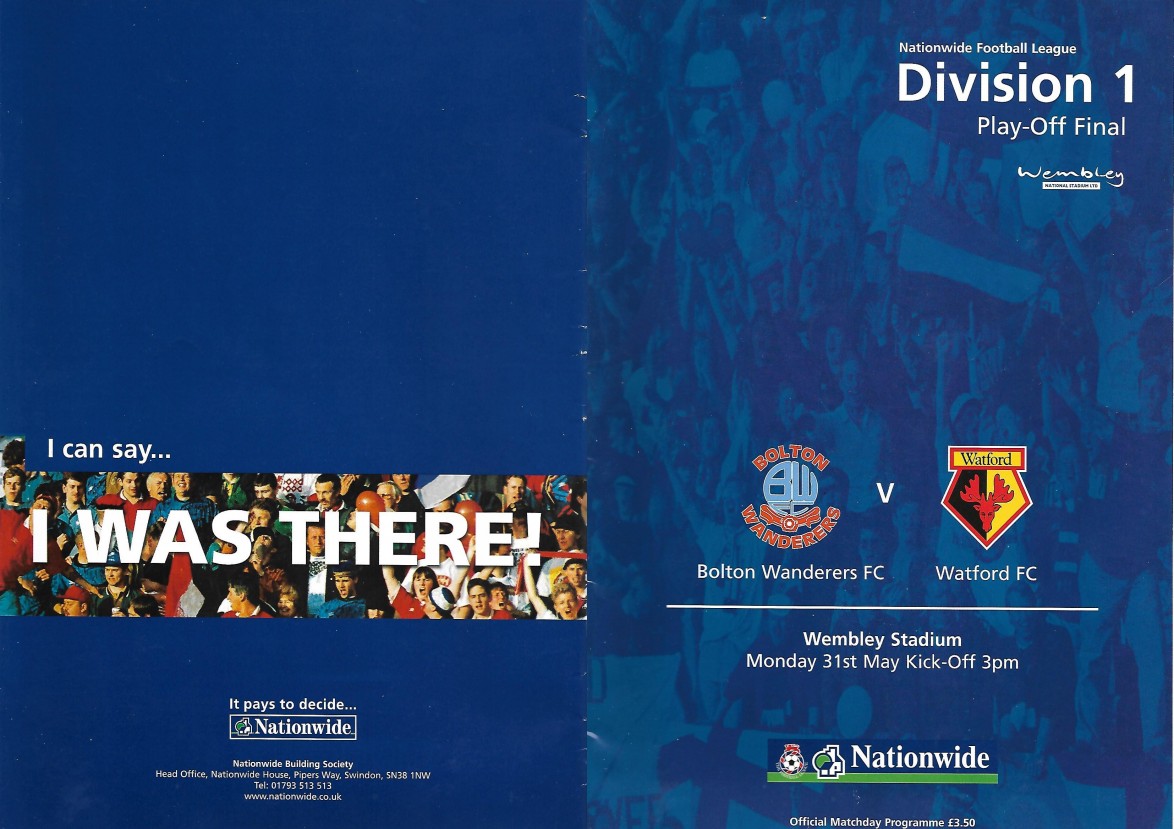 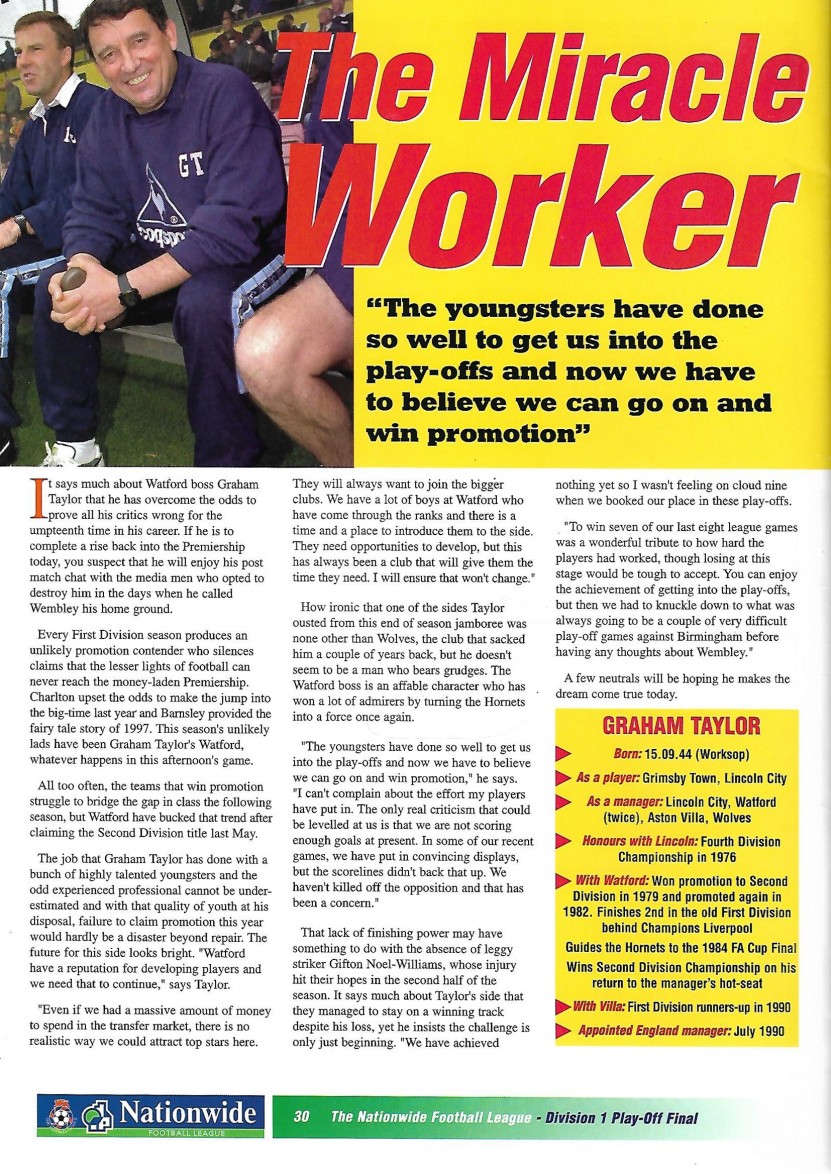 It says much about Watford boss Graham Taylor that he has overcome the odds to prove all his critics wrong for the umpteenth time in his career. If he is to complete a rise back into the Premiership today, you suspect that he will enjoy his post match chat with the media men who opted to destroy him in the days when he called Wembley his home ground.

Every First Division season produces an unlikely promotion contender who silences claims that the lesser lights of football can never reach the money-laden Premiership. Charlton upset the odds to make the jump into the big-time last year and Barnsley provided the fairy tale story of 1997. This season's unlikely lads have been Graham Taylor's Watford, whatever happens in this afternoon's game.

All too often, the teams that win promotion struggle to bridge the gap in class the following season, but Watford have bucked that trend after claiming the Second Division title last May. 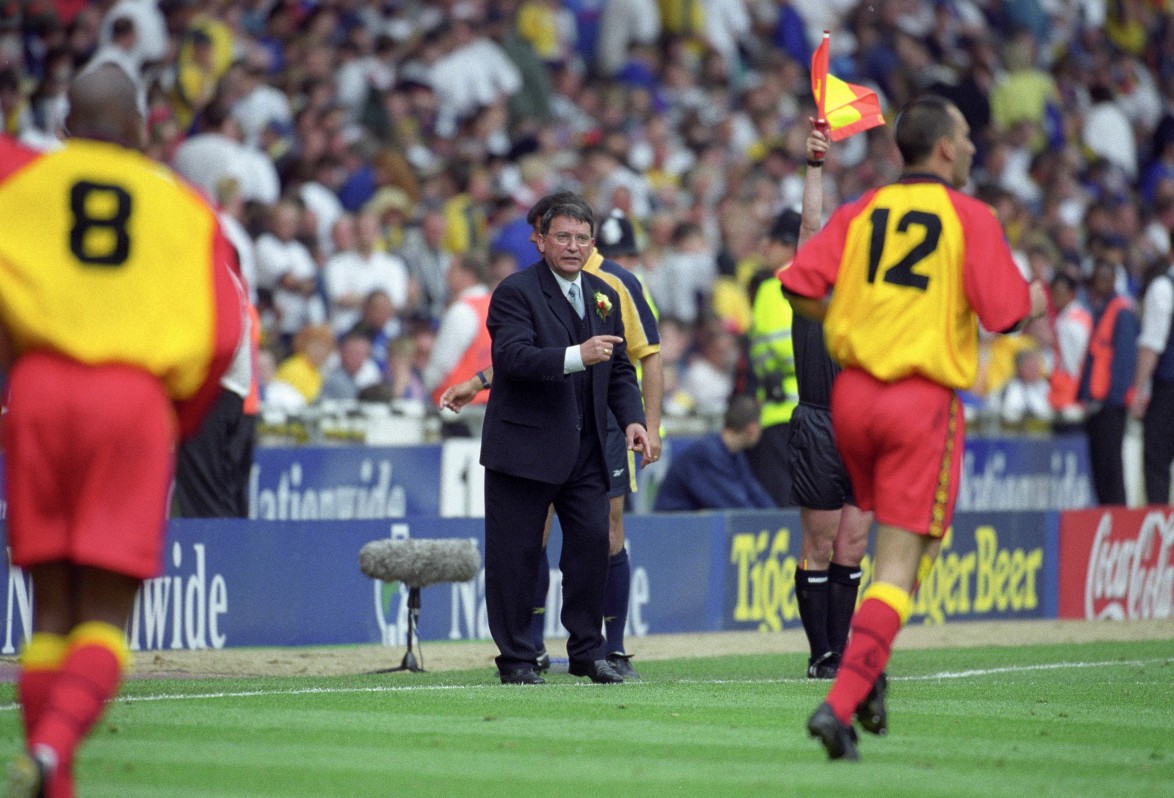 The job that Graham Taylor has done with a bunch of highly-talented youngsters and the odd experienced professional cannot be underestimated and with that quality of youth at his disposal, failure to claim promotion this year would hardly be a disaster beyond repair. The future for this side looks bright.

“Watford have a reputation for developing players and we need that to continue,” says Taylor.

“Even if we had a massive amount of money to spend in the transfer market, there is no realistic way we could attract top stars here. They will always want to join the bigger clubs. We have a lot of boys at Watford who have come through the ranks and there is a time and a place to introduce them to the side. They need opportunities to develop, but this has always been a club that will give them the time they need. I will ensure that won't change.”

How ironic that one of the sides Taylor ousted from this end of season jamboree was none other than Wolves, the club that sacked him a couple of years back, but he doesn't seem to be a man who bears grudges. The Watford boss is an affable character who has won a lot of admirers by turning the Hornets into a force once again.

“The youngsters have done so well to get us into the play-offs and now we have to believe we can go on and win promotion,” he says. “I can't complain about the effort my players have put in. The only real criticism that could be levelled at us is that we are not scoring enough goals at present. In some of our recent games, we have put in convincing displays, but the scorelines didn't back that up. We haven't killed off the opposition and that has been a concern.” 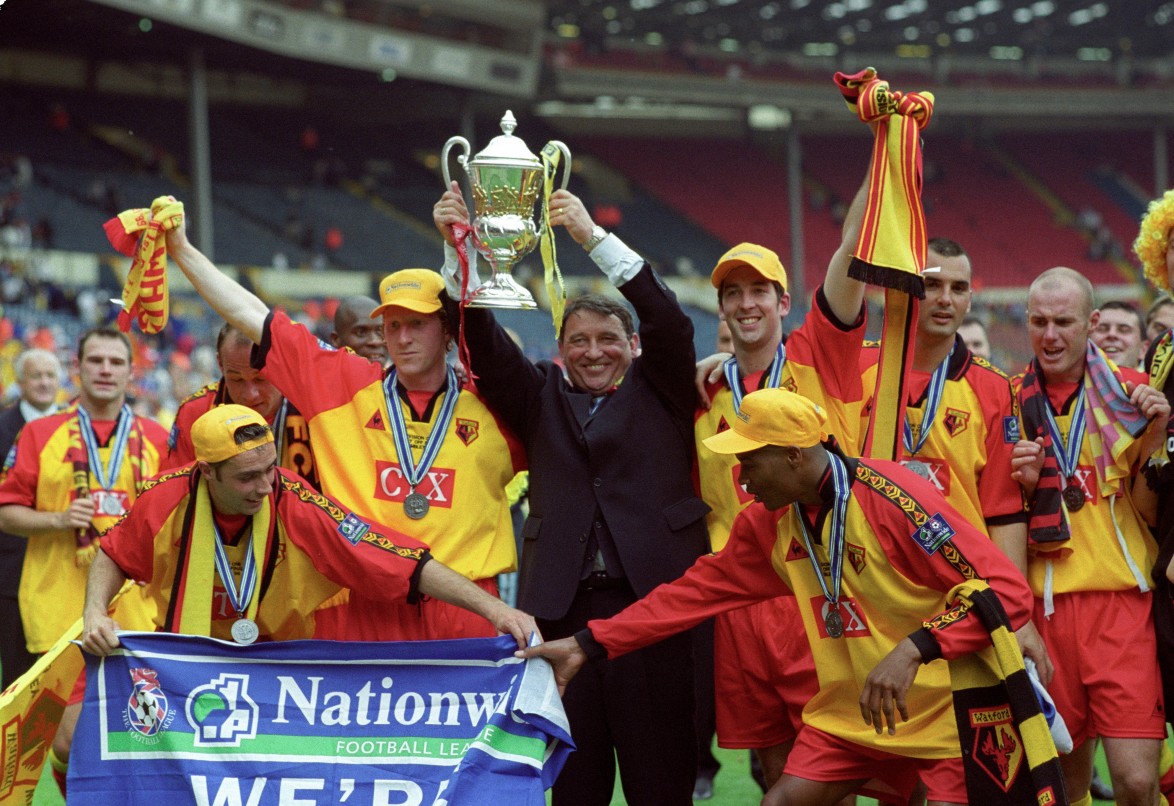 That lack of finishing power may have something to do with the absence of leggy striker Gifton Noel-Williams, whose injury hit their hopes in the second half of the season. It says much about Taylor's side that they managed to stay on a winning track despite his loss, yet he insists the challenge is only just beginning.

“We have achieved nothing yet so I wasn't feeling on cloud nine when we booked our place in these play-offs.

“To win seven of our last eight league games was a wonderful tribute to how hard the players had worked, though losing at this stage would be tough to accept. You can enjoy the achievement of getting into the play-offs, but then we had to knuckle down to what was always going to be a couple of very difficult play-off games against Birmingham before having any thoughts about Wembley.”

A few neutrals will be hoping he makes the dream come true today.