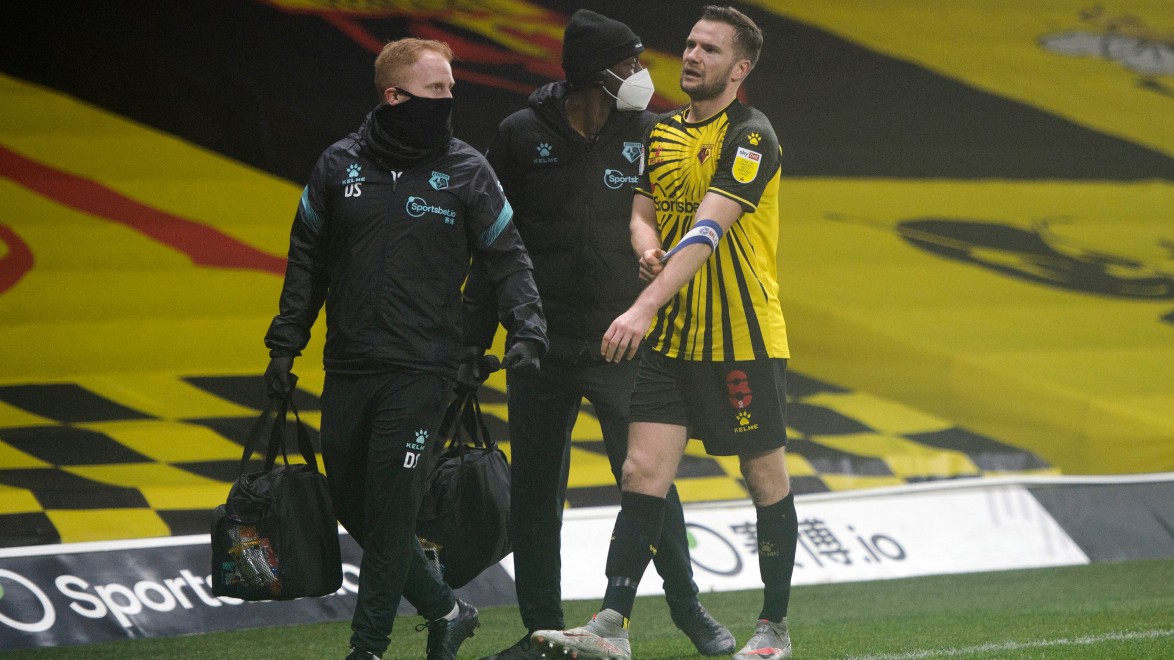 Tom Cleverley has set his sights on returning from injury after the March international break having sustained minor ligament damage against Wycombe Wanderers last night.

“I'm really upbeat about this given what it could have been,” smiled the stand-in skipper, after his scan earlier today.

“I've loved being in the thick of the action this season, and especially these last few weeks, so I'll be working hard to be back involved as soon as I can for the all-important run-in.”

With no Hornets' fixtures between March 20 and April 2, Cleverley should miss as few as four matches.