Watford Under-23s saw off Newcastle United in their opening Premier League Cup tie thanks to goals from Maurizio Pochettino and Shaq Forde.

The Hornets dominated the proceedings in the opening half, scoring twice, but following an early second-half dismissal, the Hornets showed great character and remained defensively astute to keep an important clean sheet at Clarence Park.

With more than 200 supporters in attendance, Assistant Coach Richard Shaw took charge of the tie with Under-23 Coach Omer Riza on England Under-17 duties.

For the opening minutes, Watford were camped in Newcastle’s half with the away side’s opportunities limited to long balls over the top.

The first meaningful chance of the game came from Ryan Andrews who smashed the post with a venomous strike from around 25 yards out, unsettling the visitors.

It would be the first of a few strikes, with a trialist next up to try his luck. He had his shot saved comfortably by Newcastle’s keeper Max Thompson after nice build-up from JJ McKiernan and James Morris. 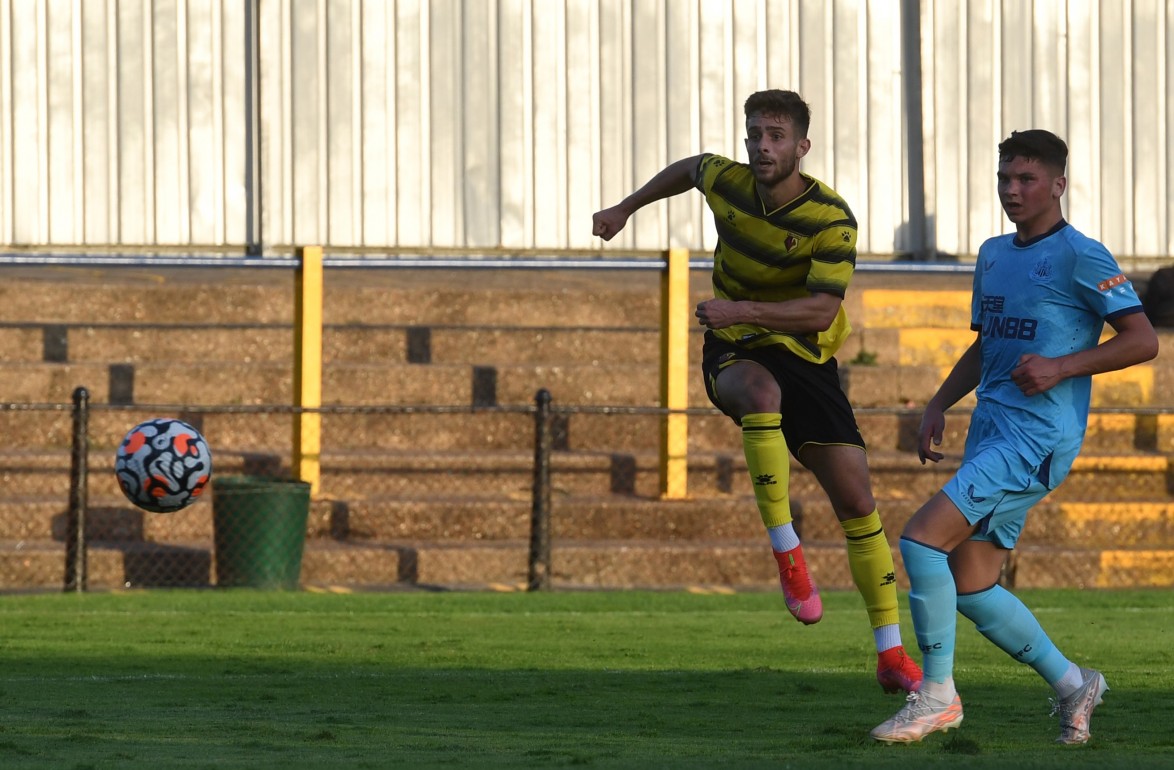 Following intense Watford pressure from the start, it was only a matter of time before the Hornets opened the scoring, with the goal coming from Pochettino. The winger found the bottom corner after great link-up between the trialist and the Spaniard.

Pochettino played provider for the next goal, finding Forde, who was left with a tap-in from close range to double Watford’s lead going into the break.

Shaw was delighted with Forde’s performance and is looking forward to his development over the coming season.

“It was a really good goal, but with Shaq we have to manage him,” Shaw said.

“He has tendencies, and he needs to learn, but it is hard to take that away from him because that is what makes Shaq, Shaq. I thought some of the play first half and his goal were excellent.” 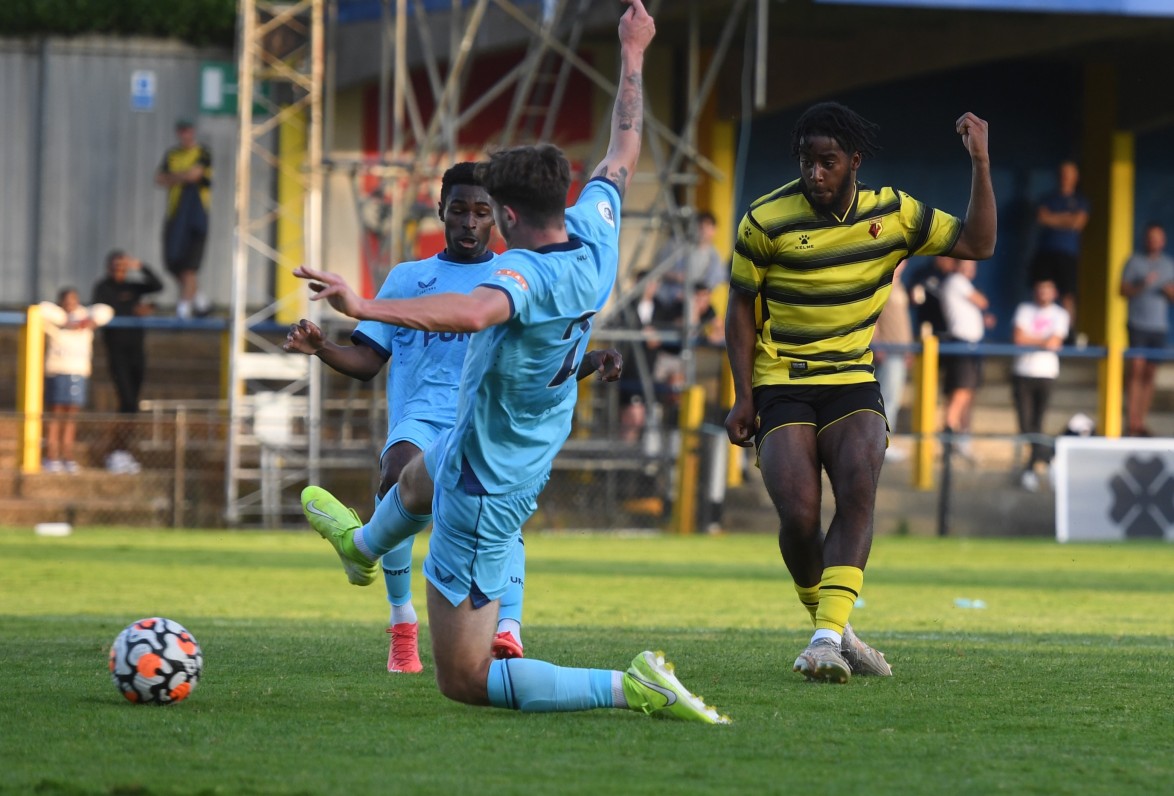 Shaw was also particularly pleased with how his side dominated the first half against a strong opposition.

“I felt that we did so well first half and I sensed that the boys knew that as well,” he said.

“We were in control of the game and when you get to that stage of the performance sometimes you take your foot off the gas or lose focus, so that was the important thing at half-time, but unfortunately it didn’t heed.”

After the break, the game changed drastically following the dismissal of Derek Agyakwa, who brought down Dylan Stephenson, denying a goalscoring opportunity.

Shaw responded, bringing on defender Josh O’Brien to fill the place left by Agyakwa as Henry Wise made way.

Newcastle took control of the game soon after, with Watford defending intelligently through Andi Janjeva and O’Brien. The latter produced two vital blocks to stop Newcastle from getting their first, throwing his body in the way on the goal-line.

Watford’s best chance of the second half came from McKiernan, hitting the side-netting after a neat run past the defence, but he was unable to score.

The Hornets dug in and produced a fantastic exhibition in defending and game management as they maintained their clean sheet and two-goal lead until the final whistle. 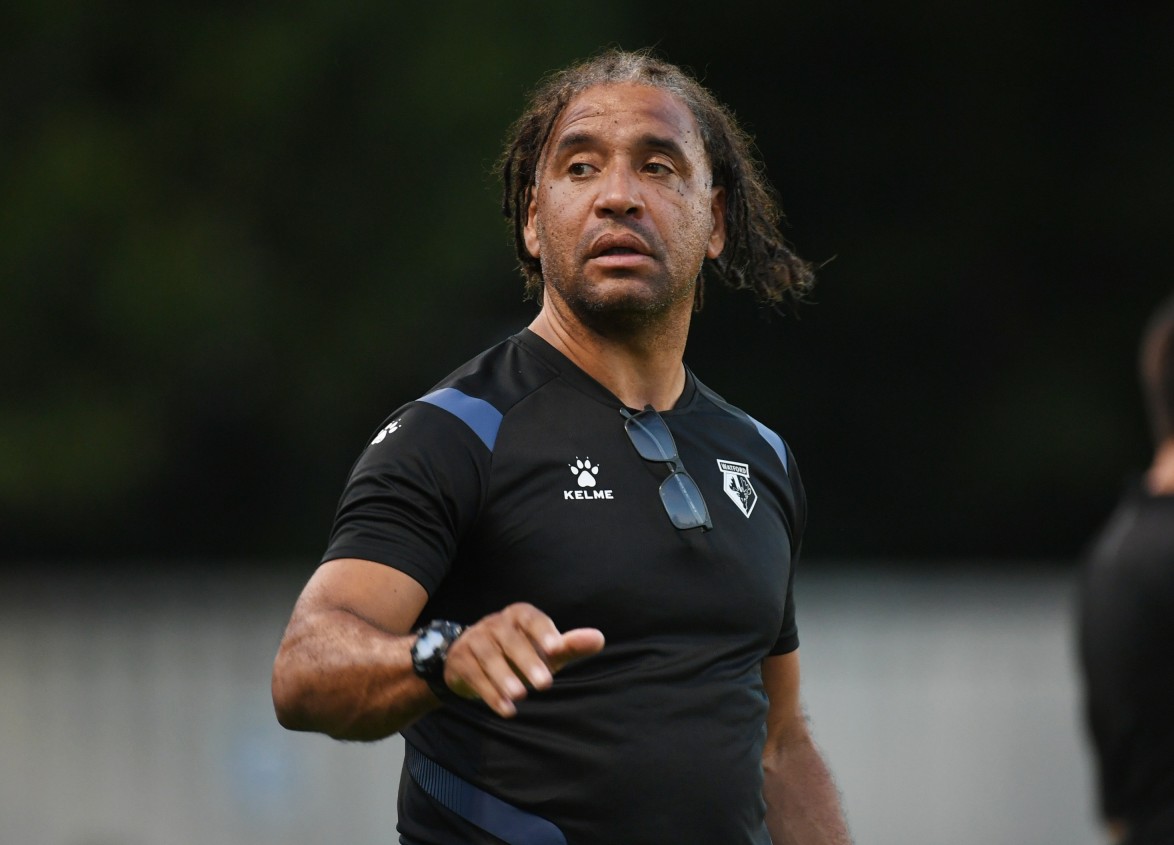 Shaw was delighted with the result, especially with the team’s character and resilience on full show.

“I’m delighted with the performance,” he said.

“I thought we really controlled the first half, the boys passed it really well and scored two excellent goals but I felt that in the last five minutes of the first half we stepped off it a bit.

“They’re a good young side, Newcastle, so to get a man sent off after two minutes [of the second half] was hard for us but it showed a different side to us; good character, robustious and togetherness.

“It’s something we have done really well over the recent weeks against Crewe and a good performance away to Sheffield Wednesday. What the boys need to understand is that this [game management] is a part of the game that they have to be used to. We try to put that in their heads. There are starting to get there in understanding that side of football.”