Ben Wilmot's recent 21st birthday marked his ascension from a boy to a man. The occasion also nudged open the goalscoring floodgates, resulting in a first for his country and now a first for the club.

Wilmot was disappointed with his contribution at Barnsley in the previous away fixture, believing he had two presentable headed chances to make up for his part in the Tykes' early goal. He made amends here, if indeed he needed to, by side-footing in an early goal that really should have set the Hornets on the way to a second away win of the season and only a second on their travels in 14 attempts.

It didn't quite work out like that, however, with QPR recovering from the early blow, steadying themselves and in fact finishing the stronger of the two sides. They equalised through Ilias Chair 13 minutes from time and fully deserved their point. They thought they had got all three right at the death but Lyndon Dykes, on as a sub, all-but punched a cross from Tom Carroll into the back of the net. 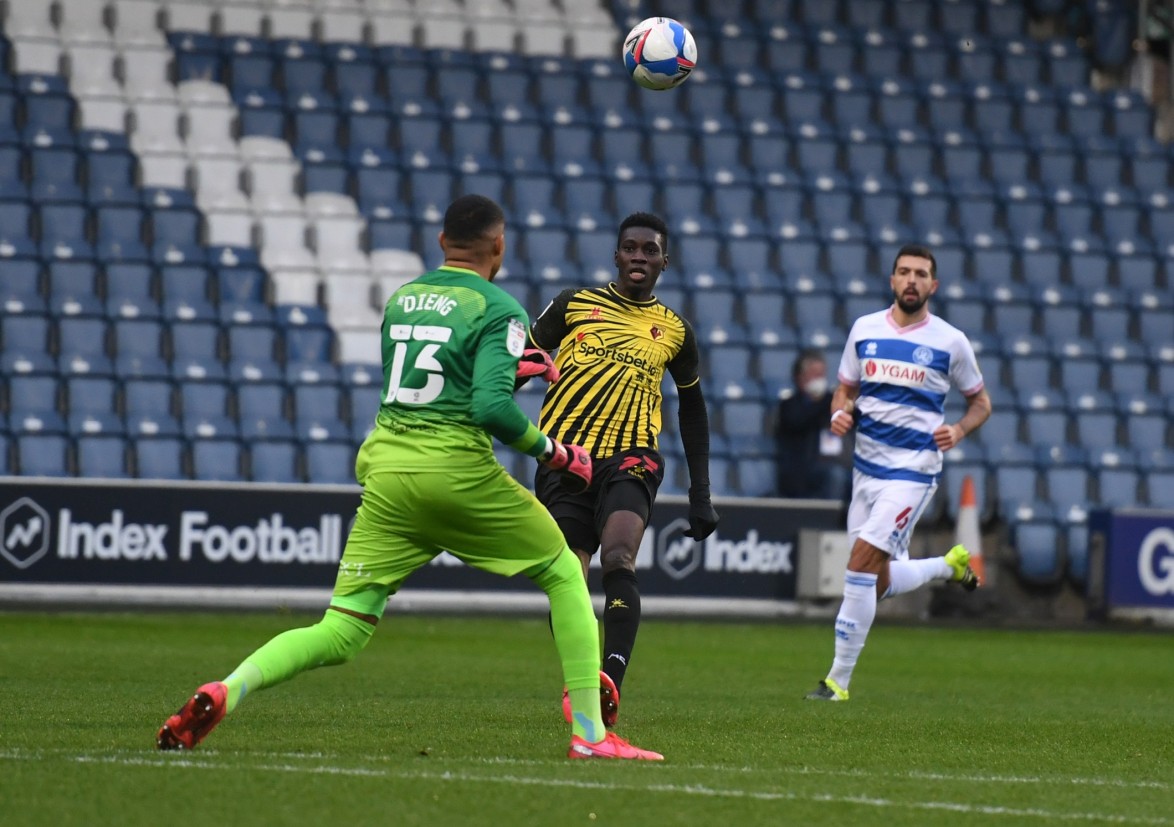 The Hornets will wonder how they ended up being a bit relieved to leave West London with a point having looked so threatening in the first half. They really should have put the game to bed in the first period and paid the price for not doing so. Still, they are right in the thick of things at the business end of the table and this might look a good point if three are collected at Ashton Gate on Wednesday.

The first half was a breathless, end-to-end-affair, almost like a game of Étienne Capoue's beloved basketball. There were 15 attempts in the first 45 minutes alone, which was just one more than in the entire 90 minutes at Oakwell in the last road trip. You needed the interval just to catch your breath.

You half-suspected it might be an open and loose affair when the Hornets scored inside three minutes. Ken Sema, the assist king, was again the orchestrator, slinging over a low centre that Wilmot escorted into the back of the net from the closest of ranges. The defender probably couldn't believe his luck. It was fitting his mate William Troost-Ekong, who helped him so much at Udinese, was first to the scene to congratulate on him on a first goal for the club. It was a nice moment. 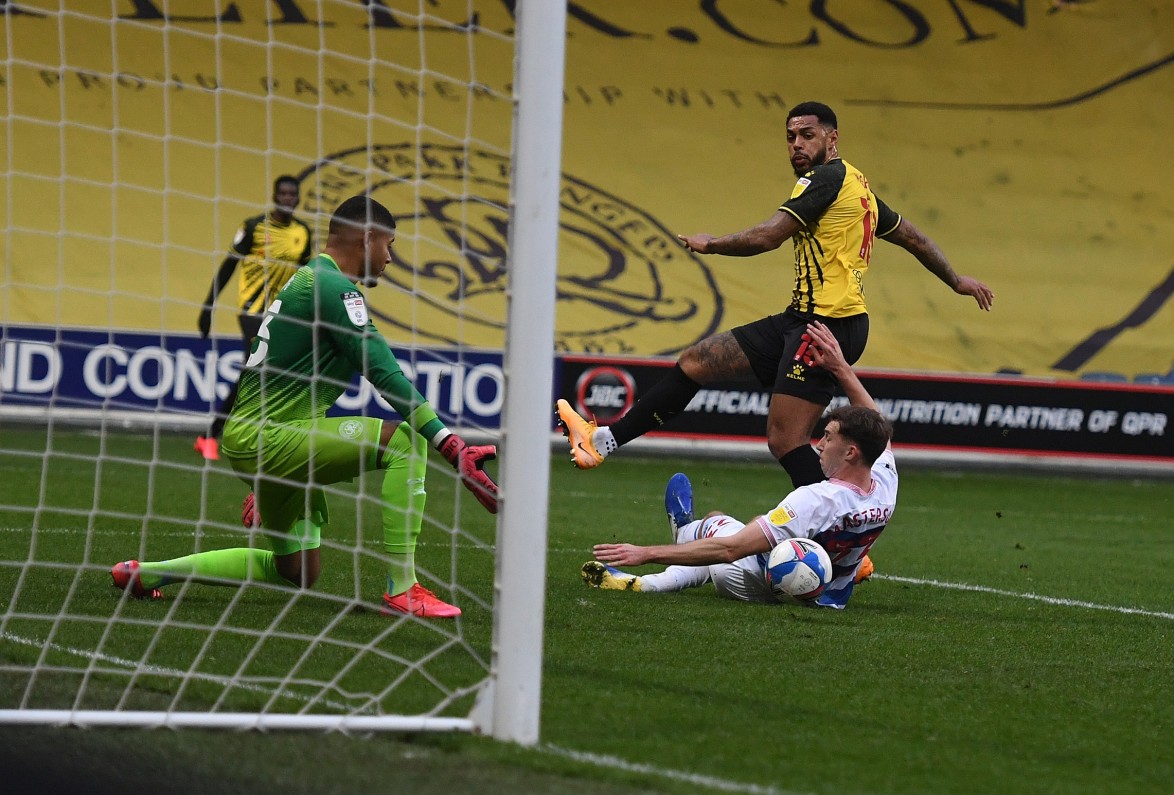 There was an anticipation that the Hornets might kick on and establish a vice-like grip on proceedings thereafter, but you can forget that in this league and at this ground, especially if you remember that ding-dong in the FA Cup here a couple of seasons ago.

QPR were in no mood to play second fiddle or be cowered by falling behind inside 270 seconds. Craig Cathcart, captain in the absence of his mate Tom Cleverley, made a wonderful sliding interception to cut out a dangerous cross from Bright Osayi-Samuel; Capoue headed one off the line; Yoann Barbet had Ben Foster scrambling across his line with a free-kick from distance that dipped and swerved all over the place; Foster denied Dominic Ball, the former Watford Academy player, from close range and then Macauley Bonne should really have steered a far-post header on target when largely unmarked.

It wasn't all QPR. Far, far from it. In between times and, as a result of various counter-attacks, Andre Gray headed instinctively wide from a Kiko Femenía cross; Troost-Ekong headed past the post from an uncannily similar position to the one he thumped in against Coventry City; Ismaïla Sarr had an effort he slammed at goal blocked; QPR 'keeper Seny Dieng made a finger-tip save to deny Gray and then Sarr, for a player of his rich quality, should have scored after being sent clear down the inside right channel. 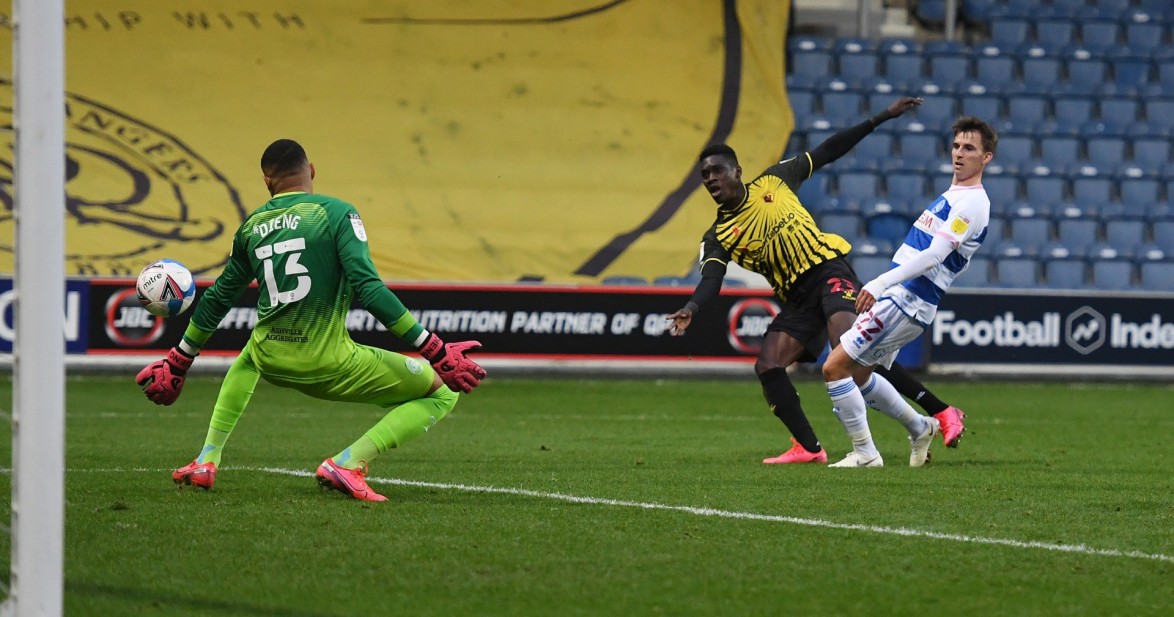 It was a wonder the teams didn't go in locked at 3-3 at the break. It was that open.

There was no thought at the interval by either coach to lock things down, like most of the country right now. Within ten minutes of the second half, Ivić and his opposite number, former Hornets Academy Manager Mark Warburton, had thrown on two attacking players each in Troy Deeney, Domingos Quina, Chris Willock and Dykes.

With such a commitment to attack, it was no surprise to see Conor Masterson hit the top of the bar for Rangers and then Wilmot guide a header just wide. It felt like that wasn't going to be the end of the scoring and so it proved, with Chair putting away a very well-taken chance past Foster. The Hornets just didn't get going in the second half and couldn't hold on like they did in the FA Cup quarter-final here in early 2019. There are, as always, plenty of hoops to jump through in this division.