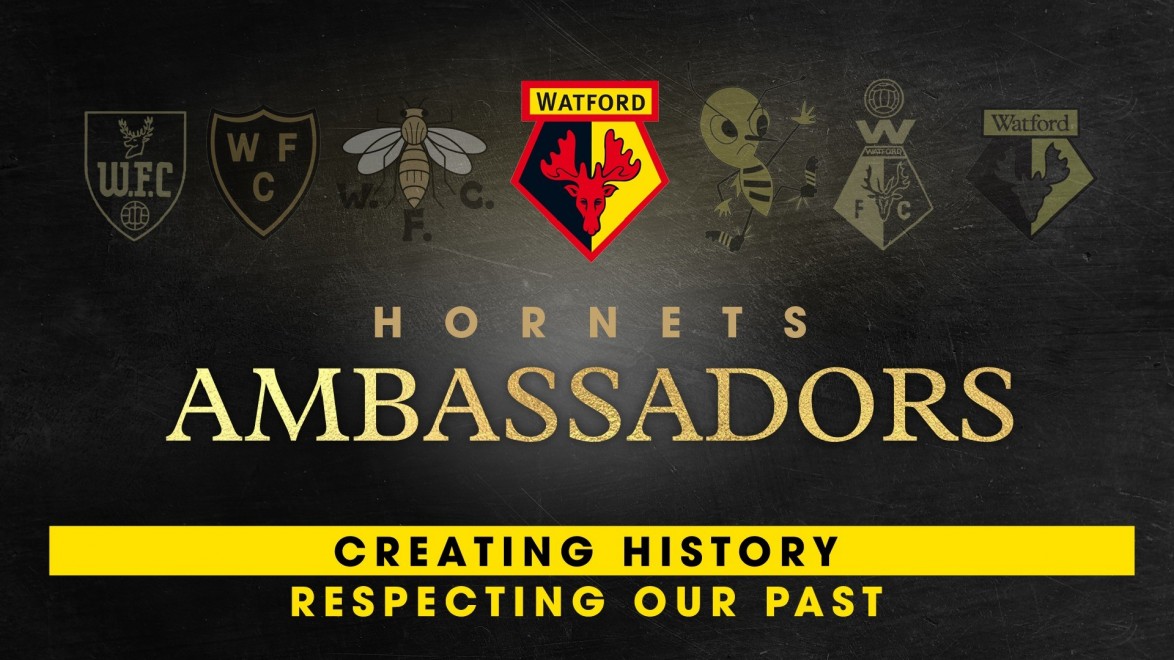 The Hornets Ambassadors programme is an informal collective of former players drawn from many different backgrounds and eras of club service.

More than 30 ex-players are already confirmed, with a broad spectrum of backgrounds and eras represented. Each will be introduced individually over the coming weeks and months with a detailed look back at their career in the game – and especially at Watford Football Club, of course.

Profiles will be added below as they are announced, so supporters can reminisce or learn a little more about some of the great players to have represented the Hornets over the years.